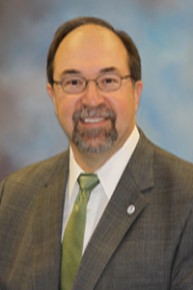 Current position and responsibilities: I’m the director of Academic Innovation and Psychometrics, senior associate dean of the College of Osteopathic Medicine, and clinical professor in the department of pharmacology and toxicology at Michigan State University.

In my position, I have the pleasure of interacting with trainees spanning the breadth of healthcare education from the first day of medical school through the last day of residency training. Our college is actively engaged in basic science, clinical science, translational and educational research. We are working on collaborative projects with partners in multiple colleges on our campus as well as partners across the state of Michigan, the nation and internationally.

Major project/achievement of the past year: In February 2012, “How to Study for Standardized Tests” (Jones & Bartlett Learning; co-authors Gillian Bice, PhD, and Frank Prerost, PhD) was published. This was the culmination of three years of writing, representing over 25 years of experience, research and anecdotal observations.

Why did you choose pharmacy as your career: I was always interested in health and nutrition. As a high school student it was clear that my career path would be either medicine or pharmacy. As it turned out, my bachelor’s degree in pharmacy from Butler became my “pre-med” degree and my master’s in pharmacology became my “post-med” degree.

How did Butler prepare you for your career: Among all the important lessons that Butler provided to prepare me for my career, two stand out: 1) becoming a professional and 2) being taught how to critically think and problem solve. For anyone that attended Butler’s College of Pharmacy and Health Sciences near the time that I did, recall the instructional methodologies and mentoring efforts of Drs. Rowe & Shaw, Burger, Salerni and Schwartz. I needn’t say more.

Most memorable experience(s) at Butler: I was an R.A. in Ross Hall during the period that it transitioned from an all male dormitory to a coed facility. That process and those years remain most memorable.