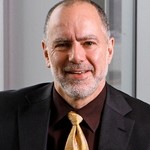 Butler University’s Jordan College of Fine Arts has officially changed its name to Jordan College of the Arts (JCA) to better reflect the breadth of what the college teaches and the performances it presents, Dean Ronald Caltabiano said.

“Jordan College of the Arts is an appropriate name for a forward-looking multi-art college in the 21st century,” he said. “‘Fine arts’ was appropriate for a broad spectrum of arts in the early and mid-20th century. But as an appellation for a multi-art and arts administration college in the 21st century, the term is confusing, and to some, incorrect.

“Further, Jordan College of the Arts should be open to including other arts that are not currently present at Butler, including cross-disciplinary arts such as cinema and architecture, arts that increasingly include technology, and art forms that have not yet been imagined.”

Jordan College of the Arts, a cultural leader in Indianapolis, prepares students for careers as performers, professionals, scholars and teachers. With programs in arts administration, dance, music, theatre, and art, the college combines nationally recognized conservatory-style programs with a curriculum rich in the liberal arts. JCA collaborates with professional programs and companies both nationally and internationally.