In the parliamentary debate junior division, the freshman-team of Anthony Ranieri and Phillip Tock placed second overall. They lost on a 3-2 decision in the championship round versus an IUPUI team against whom they had won an earlier decision in the tournament. 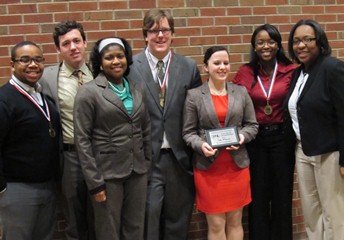 Harvey and Maggie Smith will compete in the Public Forum Nationals at Simpson College in Indianola, Iowa, this weekend.