Butler University will offer rising high school juniors and seniors a summer course that introduces them to the academic study of religion and the major religious traditions of the world. 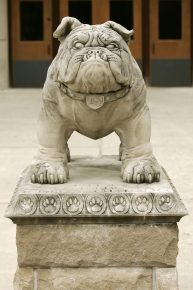 Students can earn three college credits, or they can take the course without credits. Tuition for credit is $1,398. Non-credit tuition is $300.

Application information is available at www.butler.edu/philosophy-religion/religion/BSRI. Recently graduated students who will be attending Butler in the fall are invited to enroll as well.

The Butler Summer Religion Institute will teach students about the nature of religion as a human phenomenon, the various academic approaches to the study of religion, and several of the world’s religious traditions, including Hinduism, Buddhism, Islam, and many more. They will study the place of religion in the modern world and the concepts of religious diversity, tolerance, and pluralism. And they will learn about the history of each religious tradition and explore their texts, beliefs, practices, and contemporary demographics and pressing issues.

The Butler Summer Religion Institute (BSRI) will provide rising high school juniors and seniors with an opportunity to enhance their college application portfolio and to earn college credits by studying religion in a nonsectarian academic setting.

The BSRI was created with a grant from the Butler Innovation Fund. University President James M. Danko conceived the Innovation Fund in 2011 as a $5 million “venture capital” source to foster campus creativity and academic excellence.