Is Breaking Bad the ‘Best Show Ever’? Dean Edgerton Weighs In

Google the words “Breaking Bad best show ever” and you’ll find a string of critics making that argument. 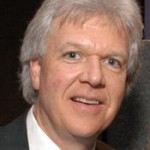 Butler College of Communication Dean Gary Edgerton, a television scholar for 30 years and author, most recently, of the book The Sopranos (Wayne State University Press), says “best ever” might be too strong.

“But I think Breaking Bad is in the conversation,” he said.

Edgerton said the list of “best shows ever” begins with The Sopranos—“It changed television”—and certainly includes The Wire and Mad Men, as well as Breaking Bad. You could add Deadwood, Six Feet Under, and The Shield to that list, he said. Maybe Justified too.

“It’s hard for me to choose a best television program, and when people talk about the ‘best show ever,’ a lot of that has to do with what they’ve most recently watched,” Edgerton said. “I’d say if we’re talking influential, The Sopranos is far more influential than Breaking Bad is.”

Breaking Bad has earned rave reviews since its 2008 debut, when it introduced Walter White (played by Bryan Cranston), a cancer-riddled New Mexico chemistry teacher who became a methamphetamine maker so he could leave his family financially secure. The show, which airs on AMC at 9 p.m. Sundays, is scheduled to end its five-season run on Sept. 29.

“What I would say about Breaking Bad is, I don’t think I’ve seen a show that continues to get better each season,” Edgerton said. “The first season was really good, but I don’t think anyone was talking about it at that time as being among the best shows ever on TV. Then the second season, it took a qualitative leap forward. And by the third season, people were saying it was as good as anything that’s ever been on TV. Some people think the fourth season was the best so far.”

Edgerton said what all the “best shows ever” have in common is that they’ve demonstrated that television can be as good as the most sophisticated movie, novel, play, or other story form.

Edgerton, who has written 11 books about television and film and serves as co-editor of The Journal of Popular Film and Television, said he has no idea how Breaking Bad will end.

“Just as Tony Soprano was destined to die, Walter White is destined to die,” he said. “I’m sure the writers have tried to do their best to come up with the most satisfying and unpredictable ending. The beauty of this is, with these programs that have made it into this area of the very best, you cannot predict.”