More Millennials Will Be Shopping By Phone, Professor King Says

This holiday season, expect to see more and more young shoppers making purchases from their smartphones—even when they’re in the stores, said Kate King, an instructor in marketing and management in Butler University’s College of Business. 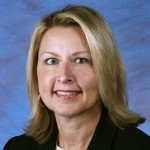 “It’s not surprising,” King said. “This generation has never been without their technology. It’s integrated in their lifestyle. Their mobile device is an essential tool for them to live out every aspect of their lives. It’s intuitive to them.”

And they’re not just comparison shopping. They’re using the smartphone to integrate what King calls “the social component of shopping” by taking picture before they buy and uploading them to social media sites such as Instagram and Pinterest to get their friends’ reactions.

Is this good? Absolutely, King said, but it behooves retailers to:

-Create smartphone apps that make it easy for consumers to see their merchandise on a small screen. Since you can’t see items on a smartphone the way you can on a large screen, “the navigation has to be simple and intuitive.”

-Provide a seamless shopping experience that aligns the store and e-commerce site. For Millennials, it doesn’t matter where they get the item they want, as long as it’s convenient and quick. “They don’t care what channel it is,” King said. “They just want to get what they want.”

-Add value to the shopping experience. They’ll use their phones to comparison shop, but retailers “need to make it worthwhile to pay a few dollars more.” That means making the bricks-and-mortar environment more engaging and having sales associates who know the merchandise and aren’t there just to ring up sales.

“Access to information is priceless from the consumer perspective, and it keeps retailers on their toes,” King said. “This has the potential to make everybody better.”