Butler junior Eshan Pua has earned a Fulbright-Hays scholarship to study Chinese for eight months in China beginning in January. She thinks this opportunity was a miracle and, after hearing the details, it’s hard to disagree. 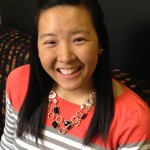 Pua, the daughter of Chinese parents, was born in the Philippines and grew up in Malaysia; Libertyville, Illinois, and Naperville, Illinois. She came to Butler to become a physician’s assistant (P.A.). But last summer, while studying in China for a month through the Confucius Institute at IUPUI, she found out that she did not meet all the prerequisites to continue in the P.A. program.

This news hit her hard, and she returned home to Butler trying to figure out what to study next.

During her China trip, she had visited an orphanage and found the experience both energizing and heartbreaking because the children she met had not received the love and care that she believed every children needs. In addition, most of the orphans had disabilities and medical needs that were not met. She realized she could study Communication Science and Disorders—combining her interest in health and working with children—and ultimately help the kids she met in the orphanage.

Then, in late October, her Chinese professor at Butler, Xiaoqing Liu, emailed her with some news: the University of Massachusetts-Boston was seeking applicants for the Fulbright-Hays Group Projects Abroad Program to study in China.

“Every single criteria they had fit me perfectly,” Pua said. “I thought this was a program designed for me and could not be more excited.”

The catch was that she only had 10 days to apply. But everything came together. Pua worked on the application with help from her Butler friends Marianne Richardson and Kendra Lucas, as well as a friend from home. Liu wrote a recommendation. Hope England, the Residence Life Coordinator of Schwitzer Hall, where Pua is a resident assistant, did too.

On Wednesday, November 13, Pua received an email saying she’d been selected as a finalist for the program. She could either come to Boston for a face-to-face interview or talk to the selection committee via Skype.

While Skype seemed like the more practical option, Richardson encouraged Pua to find a way to Boston. However, with no car and not much time or money, Pua had no idea how she could possibly make it to the interview within two days.

Pua contacted a friend from her church, Redeemer Presbyterian, who runs a used-car business. She asked if he happened to have a car that needed to go to Boston that day. Instead of providing a car, he did her one better—he bought her a plane ticket.

Within three hours, Pua was on a plane to Boston. Sitting next to her was the CEO of a software company. They struck up conversation, and he ended up giving her resume tips and helping her sharpen her interview skills.

“I had been so worried about getting to the interview that I had completely forgotten about preparing for it,” Pau said. “But God had it all laid out for me. Without him, I would not have had such a great interview.”

Some friends in Boston picked her up at the airport and offered her a place to stay for the rest of the trip.

On Thursday, November 21, Pua got the word: She was one of 16 recipients nationwide of the Fulbright-Hays scholarship. She leaves for China January 5. She’ll study Chinese language and culture at Shaanxi Normal University, which is located in the same city as an orphanage with which she has connections.

She’s hoping to improve her Chinese reading and writing skills—she’s a third-year Chinese student at Butler—and perhaps eventually become a speech-language pathologist in China, caring for the orphans in need.

“So many people helped me,” she said. “Every single one of them has played into this, and I think it’s as much an accomplishment for them as it is for me. And I’m so glad to be representing Butler University.”