Chemistry Department Working On a Cure for ‘Smalt Sickness’

But over the centuries, that blue—painted using a pigment called smalt—has faded to a dull gray. 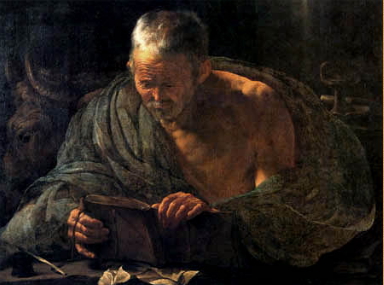 The Conservation Science Laboratory at the Indianapolis Museum of Art (IMA) wanted to know why. So it turned to Butler’s Chemistry Department. In a month or so, the department hopes to have discovered the reason for what’s known as “smalt sickness.”

“It’s not going to help in preservation, in that we’re not going to go in and try to fix anything,” Chemistry Department Chair Stacy O’Reilly said. “But it will give us a lot better understanding about what’s going on in these paintings.”

To try to determine why smalt degrades from a vibrant blue—“Think of the top of a margarita glass,” O’Reilly said—to gray, senior chemistry major Stephen Roberts re-created the process used to make the pigment centuries ago. He ground up glass, added cobalt, and heated the mixture in a furnace.

Then he started painting.

The IMA has what’s called a controlled degradation chamber that can produce a specific temperature and humidity. The pigment Roberts made and painted with is now in that chamber, undergoing degradation.

Using techniques that measure the amount of magnetism in the sample, Roberts and O’Reilly are going to examine how the smalt changed and what can be learned about the degradation process. 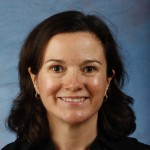 This relationship between Butler and the art museum goes back to 2008, when the IMA hired Gregory Dale Smith as its senior conservation scientist. Part of Smith’s mandate was community outreach, so he gave presentations to the local chemistry community, including one at Butler.

Afterward, Smith and Professor of Chemistry Michael Samide talked about possible joint projects. One result from their discussions was the creation of an advanced-level analytical chemistry course, which Samide taught. The other was the look into smalt sickness, the research for which began with O’Reilly and Roberts working together in the Butler Summer Institute program.

“I have never done anything with art before, so this has been absolutely fascinating,” O’Reilly said. “Greg Smith said to have fun with it. And we have been. We hope to continue these interactions moving forward. It’s just a very different side of chemistry.”