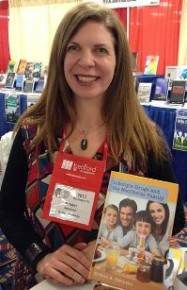 Associate Professor of Communication Kristin Swenson has published her first book, Lifestyle Drugs and the Neoliberal Family, and College of Communication Dean Gary Edgerton has had two books published in 2013. His latest is a reissue of his American Film Exhibition and Analysis of the Motion Picture Industry’s Market Structure 1963-1980.

Swenson’s book looks at the commercial promotion of “pharmaceutical solutions” for common rough patches in life.

“Advertisements for lifestyle drugs promise to make us sexier, happier, and better liked; not to cure us of a disorder, but, ultimately, to make us better workers, suggesting that drugs do indeed work to keep us working,” said Swenson, who teaches in CCOM’s Media, Rhetoric, and Culture degree program.

“Since 1997, advertisements for lifestyle drugs have saturated the U.S. airwaves, print media, and the Internet. Viewers are asked to see their children’s difficulty in school as attention deficit disorder, their worry as anxiety, and their flagging sex life as dysfunction. Through the lens of these advertisements, Lifestyle Drugs and the Neoliberal Family unpacks our contemporary obsession with obtaining easy solutions for difficult problems.”

Peter Lang USA, a subsidiary of an international academic publishing company, published Swenson’s book as part of its “Popular Culture and Everyday Life” series, and featured Swenson in a book signing during the recent National Communication Association conference in Washington, D.C.

American Film Exhibition was Edgerton’s first published book when it was initially released in 1983. The book analyzes the film industry exhibition structure in relation to production, distribution, and outside factors.

Routledge Publishing reissued the volume this month, as part of its “Major Works in Media and Film Studies” series.

“I was pleasantly surprised that Routledge considered my work still relevant 30 years after I wrote it,” Edgerton said.

In March, Wayne State University Press published Edgerton’s book The Sopranos as part of its “TV Milestones” series. The work provides a one-stop introduction to multiple dimensions of HBO’s innovative breakout series, including analyses of the cable channel and the people who contributed to the show.

Robert Thompson, director of the Bleier Center for Television and Popular Culture at Syracuse University, praised Edgerton’s “ingenious and creative readings of individual scenes and episodes” in the book.

“As soon as I finished the book, I went back and watched the entire series again with new insight and appreciation,” Thompson said.