The Indianapolis Chamber Orchestra (ICO) and Butler University have formalized a partnership designating the ICO as the professional Orchestra-in-Residence at Butler’s new Howard L. Schrott Center for the Arts. 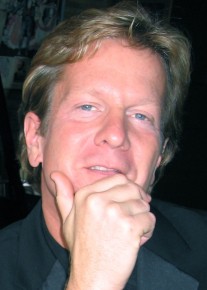 The arrangement will further the respective missions of each organization. For Butler students, faculty, and staff, it will bring a regular association with a professional orchestra. For the ICO, it will provide a performance venue that is suitable in size, acoustics, and location for the 34-member orchestra.

Among their first projects together will be an art-music collaboration. The ICO’s composer-in-residence, James Aikman, has discussed his piece Triptych: Musical Momentum with senior art students from Butler’s Jordan College of the Arts. They are creating visual art triptychs—three side-by-side panels—inspired by this piece. The artwork will be exhibited at the Schrott Center during an April 11 ICO concert and Butler ArtsFest 2014, April 3-13, 25-27.

“Community partnerships, like this one with the outstanding Indianapolis Chamber Orchestra, are an important part of the mission of Jordan College of the Arts and Butler University,” said Ronald Caltabiano, Dean of Butler’s Jordan College of the Arts. “This agreement affirms the excellent relationship our organizations have enjoyed for years and points to further collaborations in the future.”

ICO artistic personnel and guest artists will be available to offer master classes, music appreciation programs, and other academic panels and lectures. Butler’s students will gain access to world-renowned guest artists who perform with the ICO, enriching the academic and artistic programs as well as the college experience.

“The Schrott Center is the single most exciting thing that has happened to the ICO in its 29-year history,” ICO Executive Director Elaine Eckhart said. “Never before has the ICO had access to a facility that is perfectly suited to its artistic needs. It opens numerous artistic possibilities for the ICO in the future.”

In addition to being a state-of-the-art concert hall, the Schrott Center serves as a teaching facility for the University. ICO programs will be coupled with or used to enhance Butler curriculum and Butler ArtsFest.