Harvard Professor of African and African-American Studies and of Anthropology John Comaroff will deliver the Phi Beta Kappa Visiting Scholar Lecture, “How Europe and America are Evolving Toward Africa,” at 6:30 p.m. March 27 in Pharmacy Building Room 150. 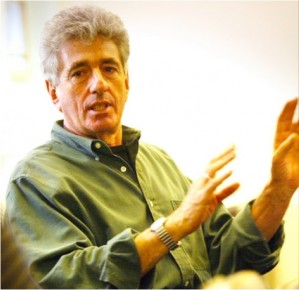 Admission is free and open to the public without tickets.

“The Global South” has become shorthand for the world of non-European, postcolonial peoples. Synonymous with uncertain development, unorthodox economies, failed states, and nations fraught with corruption, poverty, incivility, and strife, it is that half of the world about which the “Global North” spins theories.

Rarely is it seen as a source of explanation for world historical events. Yet, as many nation-states of the northern hemisphere experience increasing fiscal meltdown, state privatization, corruption, creeping poverty, ethnic conflict, xenophobia, problems of law and order, and other perceived crises, it seems as though they are evolving southward, Comaroff  contends, in both positive and problematic ways.

This lecture takes on key questions, in particular asking how we might understand the world anew with this theory developed in the south, which gives an ironic twist to the evolutionary pathways long assumed by social scientists.

His current research in South Africa is on crime, policing, and the workings of the state; on democracy and difference; and on postcolonial politics. Authored and edited books include, with Jean Comaroff, Of Revelation and Revolution (2 vols.), Ethnography and the Historical Imagination, Modernity and Its Malcontents, Civil Society and the Political Imagination in Africa, Millennial Capitalism and the Culture of Neoliberalism, Law and Disorder in the Postcolony, Ethnicity, Inc., Zombies et frontières à l’ère néolibérale, and Theory from the South:  Or, How Euro-America Is Evolving Toward Africa.

He earned his bachelor of arts from University of Cape Town, South Africa, and his doctorate from the London School of Economics.

In addition to the public lecture, Comaroff will be visiting select Butler classes, and having informal meals and gatherings with Butler faculty and students, Thursday March 27 and Friday, March 28. He is visiting Butler under the joint sponsorship of Butler’s Phi Beta Kappa chapter (Theta of Indiana) and the Department of History/Anthropology, with additional support from Global and Historical Studies.