Stephen Standifird, Dean of the Schroeder School of Business at the University of Evansville, will become the Dean of Butler University’s College of Business beginning June 1. 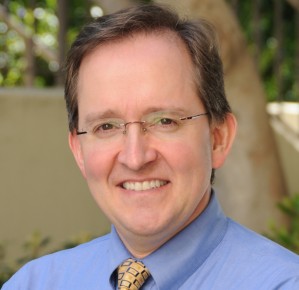 At Butler, he will take over the University’s third-largest college, with approximately 900 undergraduate and 200 graduate students. Butler’s College of Business was ranked 47th in the 2013 Bloomberg BusinessWeek ranking of 124 U.S. undergraduate business programs, and U.S. News and World Report ranked the College 141 out of 342 schools in 2013. Butler University’s part-time MBA program is currently ranked 57th by Bloomberg BusinessWeek and 72nd by U.S. News and World Report’s Best Graduate Schools.

At Evansville, Standifird was responsible for all aspects of the Schroeder School of Business, including leading the school’s faculty, assuring continued accreditation, and providing oversight of the school’s Institute for Global Enterprise and Institute for Banking and Finance. Standifird also led the revamping of the school’s assurance of learning program and the introduction of a variety of new international offerings including the “Global Virtual Classroom.”

He created a $1.2 million endowment for career services, with commitments to bring the endowment to $2 million. Under his watch, student placement and their starting salaries increased by 24 percent and 14 percent, respectively. Standifird also led the creation of a $100,000 microfinance fund for minority- and women-owned businesses, which is operated by students and in partnership with Old National Bank.

Prior to his time at the University of Evansville, Standifird held positions at the University of San Diego’s School of Business. As Associate Dean from 2009–2011, he helped increase enrollment of the school’s six master of science programs by roughly 34 percent over a two-year period. During his time as Director of Undergraduate Programs from 2006–2009, he created a comprehensive assurance of learning program and positioned the program for its first-ever ranking by Bloomberg BusinessWeek in 2009.

Standifird earned his bachelor’s degree in chemical engineering from Purdue University, his MBA from Northwestern University, and his doctorate in organizational studies from the University of Oregon.

“Steve has the precise combination of experience and expertise to become the next leader of the Butler College of Business,” Provost Kathryn Morris said. “I am very pleased that he will be joining the leadership team at Butler.”