After 49 Years at Butler, Dr. Geib to Retire

Inside Professor George Geib’s third-floor office in Jordan Hall are 42 shelves of books he’s donating to the Indianapolis Public Library book sale—and a few boxes he’s keeping for himself. 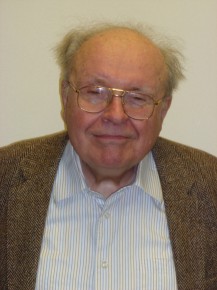 “I’m holding on to mostly 19th century Indiana history and a few books connected to things I’ve done on campus,” he said. “Nice memories of good classes and good times.”

The books are remnants of an astonishing 49-year career at Butler that began when the 25-year-old Geib was hired as an instructor of history and ends this spring with his retirement.

In the years between, he served as Director of the American Studies Program; Chairman of the Butler Faculty Assembly; head of the Department of History, Political Science, and Geography; and acting Dean of the College of Liberal Arts and Sciences.

And he contributed mightily to the campus culture. History Professor Paul Hanson recalls flying to Indianapolis for his job interview in 1984, and having Geib pick him up at the airport. It was a Sunday night, and Indianapolis then didn’t have many restaurants open during those hours, so Geib took Hanson back to his house. Geib’s wife, Miriam, fixed Hanson an omelet, and Hanson met the whole Geib family.

“That was just a wonderful indication of the way George has treated new faculty here through the 30 years that I’ve been here,” Hanson said. “He’s very welcoming and does everything he can to introduce people to his version of the Butler Way and make this the kind of community that it’s been.”

Geib earned his bachelor’s degree from Purdue University in 1961, and his master’s and doctorate from the University of Wisconsin-Madison in 1963 and 1969, respectively. He wrote his dissertation on the history of Philadelphia, 1774-1789. His mentor at Wisconsin, Professor Merrill Jensen, suggested that Geib market himself as an urban historian.

That turned out to be great advice.

During his years at Butler, Geib published four Indianapolis history books: Indianapolis: Hoosiers’ Circle City; Lives Touched By Faith: Second Presbyterian Church, 150 Years; Indianapolis First: The Centennial History of the Indianapolis Chamber of Commerce; and Federal Justice in Indiana: The History of the United States District Court for the Southern District of Indiana.

“I always see myself as a public historian,” he said, “and I think the things I’ve most enjoyed have been things where I was able to take history and apply it in a public setting, or take public affairs and find ways to employ them in the academic setting.”

Geib said Jensen also trained him in how to write. He credits his parents with teaching him how to speak in perfectly constructed sentences.

When Geib speaks, you can practically hear every comma, period, and dash.

“My father was a teacher of high school math and physics before he earned his doctorate, and then a very fine professor at Purdue,” he said. “My mom was a college graduate back in the ’20s, when very few women went to college. She majored in the classics, and was always interested in the life of the mind and the world that was out there. It’s easy to say, but you sit around a table where two highly educated people are carrying on a conversation with you, and I don’t think it takes too long before you start to pick up on this.”

Geib said he took the job at Butler with two specifics goals in mind. One was to teach freshmen. And, even in his final semesters, he enjoyed leading a first-year seminar on the Battle of Gettysburg.

He also wanted to get involved in partisan politics—and he did, in the local Republican Party.

“I knew from Day One that, if I wanted to do that, I had to come from a community where careers open to talent could be pursued,” he said. “If you accept a position in a small town, the auto dealers, the American Legion, the other people who’ve been there for five generations are going to run the town, and you’re not going to be able to do anything. But you come to a city as big as Indianapolis, careers open to talent are possible. And because I was able to build a parallel career in politics, I think that over the years it became more and more attractive to me to stay around.”

In retirement, Geib plans to travel with Miriam, do some writing, and indulge his hobbies—one of which is collecting Austrian postage stamps. Geib is a member of the Austrian Philatelic Society of the United States, and he’s agreed to do some work for the organization, translating important works of Austrian stamp collecting. (The executive director of the society is Ralph Schneider, MBA ’74.)

Geib also will continue to run the small Internet book sale business he set up about seven years ago called The Doctor at Arms. He said it gives him the opportunity to haunt book sales, visit antique stores, and put together a salable collection.

The business usually generates about $2,000 a year in income.

“But,” he said, “it takes up lots of time, and it gives me an excuse for focused shopping.”

He and Miriam will continue to live just a few blocks from the University. So he won’t miss Butler, exactly. What he will miss, he said, is “the opportunity to work with good students. Butler is a nice private institution that attracts good students.”