Musicologist Nicholas Johnson, a specialist in the music history of the early-modern period and American popular music, will join the Butler University School of Music faculty. 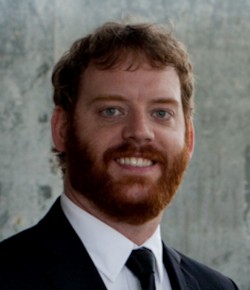 As an Assistant Professor, he will instruct courses on music ranging from the Medieval through the Classical periods, as well as seminars on a wide range of musical and societal issues.

“Nicholas Johnson just fits Butler’s needs as a fine teacher, accessible and yet properly demanding of his students,” said James Briscoe, Butler Professor of Historical Musicology. “He comes to us with excellent experience in teaching and promises much that will engage the full imagination of those in his classes.  It is wonderful to have such a fine cross-over colleague, one who empathizes fully with the need for highest scholarship—liberal and broad learning—and the need to merge that with performance expectations.”

Johnson has taught as an adjunct professor at Ohio State University and Wittenberg University, and full time at Butler during the 2013-2014 school year. He has received prestigious research grants from the Fulbright Commission and the Mellon Foundation, and has presented at several national and international conferences, including Princeton University, Oxford University, and the University of Vienna.

Johnson has performed extensive archival research at the Österreichischen Nationalbibliothek in Austria, the Bayerische Staatsbibliothek in Munich, and the Biblioteka Uniwersytecka we Wrocławiu in Wrocław, Poland. His primary research area is the interaction between music and philosophy in the period surrounding the Scientific Revolution.