Taylor Clark, a junior from Bowling Green, Ohio, and Alex Petersen, a junior from Woodstock, Illinois, are the winners of the 2014 Weidner awards for altruism.

Clark received the $1,500 Rotary Weidner Award for Altruism at the Rotary Club of Indianapolis on April 15.

Petersen was awarded the $1,200 Butler John Weidner Endowed Scholarship for Altruism during the Alpha Kappa Banquet on April 16. 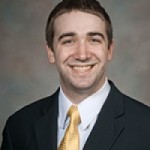 The awards are given to Butler students involved in altruistic activities. Clark has volunteered with the Butler University Volunteer Center and Ambassadors of Change, participated in a Help Heal Haiti spring break mission trip, and, as president of the Delta Tau Delta fraternity, led Trike 2013, a fundraiser that brought in more than $21,000 for Riley Children’s Hospital.

“I am often asked what series of events or what particular event was the most influential part of my development as a young adult,” Clark wrote. “For me, it has been my time in Boy Scouts, where I learned important life lessons in respecting others, caring for your peers and everyone in your community, and truly understanding how rewarding living a life with an orientation towards service can be. I have applied each of these values to my time here at Butler, working to be service minded in my daily actions and applying the concepts of servant leadership in each and every opportunity that I have had in my leadership positions.”

Petersen was honored for activities including working with the orientation group Ambassadors of Change and as a three-year participant building and refurbishing homes on Fall Alternative Break trips to Appalachia. 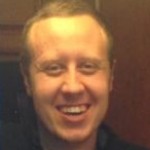 “These service opportunities have taught and given me much more than I can ever repay,” Petersen wrote on his application for the scholarship. “I have learned that service is 100 percent a two-way, or symbiotic relationship. I believe that we give of our time, talents, and treasure to discover who we really are as individuals and servant leaders.”

The awards are named for John Weidner, a Dutch citizen and Seventh Day Adventist who, during World War II, saved the lives of about 1,000 British and American downed airmen, Jews, Dutch, Belgians and French fleeing Nazi persecution. Weidner was honored by five governments after the war and by the Holocaust Museum at its opening in 1993. After he died in Los Angeles in 1994, his widow, Naomi, started a foundation for honoring the altruistic spirit.