Butler Newsroom > Jordan College of the Arts > Music > Lisa Brooks Named New Chair of the School of Music
Butler News Briefs Getting Into the Swing With Orangutans, COE Style

Lisa Brooks Named New Chair of the School of Music 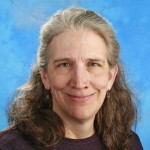 Brooks received both a bachelor’s and master’s degree in violin performance in four years from West Virginia University, where she was a student of Donald Portnoy. While completing her doctorate in violin performance from the State University of New York at Stony Brook, she studied with Joyce Robbins, and as a member of the Stony Brook graduate piano trio, coached extensively with Julius Levine and Gilbert Kalish.

As an orchestral musician, she was associate concertmaster of the Waco Symphony and performed with the Brooklyn Philharmonic, Opera Company of Philadelphia, and Harrisburg and Reading Symphony Orchestras. She also has toured nationally with the Pennsylvania Ballet Company. She was an artist-fellow at the 1984 and 1985 Bach Aria festivals, and was a finalist in the 1981 A.S.T.A. National Solo Competition.

Dr. Brooks presents the pre-concert lectures for the Ensemble Music Society and is a member of the steering committee for the International Violin Competition of Indianapolis. In 2001, she was awarded a Creative Renewal Arts Fellowship by the Arts Council of Indianapolis, and in May 2013, she received the inaugural Distinguished Faculty Award for Service and Leadership from Butler.

She takes over for Dan Bolin, who had served as School of Music Chair since 2009.