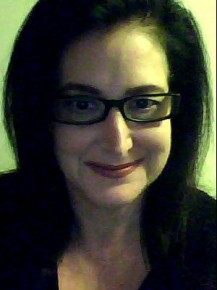 The award will be presented at the National College Media Convention, which will be held in Philadelphia October 29–November 2.

McKown has served as adviser to The Butler Collegian since fall 2010. Campus coverage produced during her inaugural year as adviser earned The Collegian the highest national award given to student publications, The Pacemaker.

The paper received a second national award in 2012 when the Society of Professional Journalists named The Collegian the nation’s Best All-Around Non-Daily Newspaper (small). Most recently, The Collegian was honored with its first national Investigative Reporters & Editors award for a 2013 story that was the result of a three-month investigation. In the last three years, the paper has received more than 100 state, regional, and national awards for its campus coverage, including more than 40 first-place awards.

“I could not be more proud of Professor McKown’s contributions to The Collegian,” said Nancy Whitmore, Director of Butler’s Eugene S. Pulliam School of Journalism. “Her number one goal has been to advance the professionalism of staff and to instill a respect for the core values of journalism and The Collegian’s role as an independent news organization. Under her advising leadership, student journalists learn to navigate through many of the same trips and traps they will experience in the professional news industry.”

In her courses, McKown provides students with rigorous research and off-campus field reporting experiences that incorporate and develop multimedia storytelling skills. Collegian staffers who have taken Professor McKown’s reporting courses acknowledge the direct impact that her class assignments have on their development as Collegian reporters and editors.

“I’ve worked very closely with Loni in different capacities—journalism classes, academic advising, and The Collegian,” current Editor in Chief Marais Jacon-Duffy said. “She definitely pushes all of her students and advisees to exceed their own expectations.”

“I am not at all surprised to hear that Loni will receive CMA’s Honor Roll Award for newspaper advising,” said Colin Likas, The Collegian editor during the 2013–2014 school year and now a copy editor with the News-Gazette in Champaign-Urbana, Illinois. “I’ve seen first-hand the time, effort, and care she puts into her position as a newspaper adviser.”

Hayleigh Colombo, Likas’s predecessor and now a reporter with the online education news outlet Chalkbeat, said: “Professor McKown’s invaluable and profound influence on my life—as a student, a person, and a journalist—-has shaped me into who I am today. I am so proud of her accomplishments as adviser of The Collegian, and I feel so lucky to have benefited from her leadership.”

In fall semester 2014, McKown has again drawn on her expertise in journalism to launch a course with direct application to The Collegian’s newsroom activities. The coursenewsroom management and leadership—teaches students to develop an understanding of management and leadership skills and tools. The focus is on newsrooms, but it’s also pertinent and applicable to any workplace and career.

McKown has a master’s degree from the Medill School of Journalism at Northwestern University. She worked at newspapers for more than 20 years as a reporter and editor, and more recently spent five years producing for the investigative team at Indianapolis’s CBS affiliate.