Butler Newsroom > Butler Home Page > In Lantzer’s Book, the Battle Between the ‘Wets’ and ‘Drys’ Goes On
In This Program, Young Writers Find Their Voice Family Weekend

In Lantzer’s Book, the Battle Between the ‘Wets’ and ‘Drys’ Goes On

Prohibition officially began nearly 100 years ago, and that upcoming anniversary has generated ever-increasing attention to the topic. So this appears to be the perfect time for Interpreting the Prohibition Era at Museums and Historic Sites, the new book by Jason Lantzer, Butler’s Honors Program Coordinator. 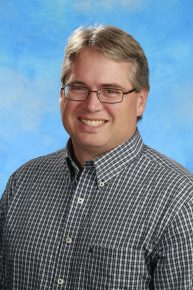 The first half or more of his book looks at America’s love and hate of alcohol prior to and including the 1919 passage of the 18th Amendment, which outlawed the manufacture, sale, or transportation of intoxicating liquors in the United States. That section includes a chapter on the brewing industry and the rise of breweries and saloons as both small businesses and also the local arm of big business. Lantzer explains how these enterprises interacted, why we ended up with Prohibition when we did, the eventual repeal in 1933, and a little about its lasting legacy.

The second section offers an overview of how historical societies and museums present the topic of Prohibition to contemporary audiences. Like the Oklahoma museum that looked at its state’s decision to keep Prohibition in place into the 1950s. And the Indiana Historical Society’s “You Are There” exhibit, where visitors encounter a re-created police station after a bust was made of a local still. And the National Constitution Center in Philadelphia’s high-tech exhibit based on Ken Burns’ PBS series on Prohibition.

“So, if your historical society wanted to do something on Prohibition, you can pull this book and say, not only is it a quick history of the event, but here are examples of how others did it,” Lantzer said.

The early reviews are raves.

“Interpreting the Prohibition Era at Museums and Historic Sites is exactly the kind of book that busy interpreters, curators, and museum administrators need,” wrote Daniel Vivian, Assistant Professor of History and Director of Public History Program, University of Louisville. “His guidelines demonstrate the enduring relevance of Prohibition while offering suggestions for telling meaningful, engaging stories about it. Interpreting the Prohibition Era is sure to become a standard resource for public historians and museum professionals.”

Lantzer’s book is part of an interpreting history series by publisher Rowman & Littlefield. He said they approached him because of his first book, “Prohibition Is Here to Stay:” The Reverend Edward S. Shumaker and the Dry Crusade in America, which came out in 2009. 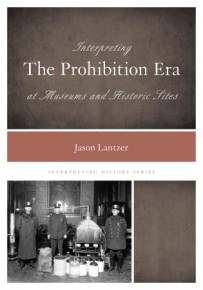 Lantzer’s interest in Prohibition began in graduate school at Indiana University (he also earned his bachelor’s and master’s there) when he was looking for a topic for his dissertation. His advisor, History Professor James H. Madison, suggested that he look at how the Methodist Church in Indiana interacted with the Republican Party and the Ku Klux Klan in the 1920s, and how church issues became political issues, and vice versa.

Lantzer began looking at church records. “If you look at Methodist church bulletins, the talk of temperance predates the 18th Amendment by decades,” he said. “I was intrigued by the topic, and I had my hook.”

He also had the angle of the Klan operating the National Horse Thief Detective Association, a quasi-police group, which enabled its members to harass their enemies. And he had the good fortune of getting in touch with the last living son of the superintendent of the Indiana Anti-Saloon League, who had his dad’s untouched papers in his attic.

“With this book, I got to return to the world of ‘wets’ and ‘drys’ and revisit some of the things I wrote and some of the scholarship I consulted a few years ago,” Lantzer said. “It’s all still timely and topical, even though it happened over a century ago.”