Elise J. Kushigian, the executive director of Clowes Memorial Hall of Butler University for the past 20 years, will retire at the end of the 2014-2015 academic year after overseeing more than 8,000 performances. While at Clowes, Elise built a strong and lasting legacy of innovative programming, groundbreaking education initiatives, and capital projects that have preserved and enhanced Clowes Memorial Hall for the next generation of Central Indiana audiences. 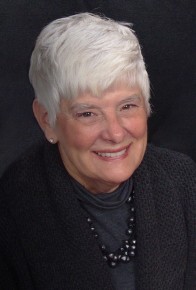 A national search for Kushigian’s replacement will begin shortly and is expected to conclude this summer. Her successor will oversee Butler’s entire performing-arts complex, including 2,200-seat Clowes Hall, the 450-seat Howard L. Schrott Center for the Arts, the 140-seat Eidson-Duckwall Recital Hall and the 110-capacity Black Box Theatre inside Lilly Hall. This expanded position and new organizational alignment will inspire a new level of collaboration and efficiency, and will further improve the quality and consistency of the audience experience at Butler’s venues.

“Elise Kushigian has had a marvelously successful career at Clowes Memorial Hall,” said Ronald Caltabiano, Dean of Butler’s Jordan College of the Arts. “Her insightful work has helped to make Butler University a destination for arts and culture in the state. As we look toward the future, we hope to build from that strong foundation to further extend our reputation and our reach, bringing the arts at Butler to an even wider audience.”

Clowes Hall, which celebrated its 50th anniversary in 2013, brought more than 180,000 visitors to Butler’s campus during its most recent season. In a recent survey of the Central Indiana performing arts landscape conducted by Strategic Marketing and Research Incorporated (SMARI), Clowes Hall ranked first among the region’s arts organizations in experience and familiarity, and second in overall preference—trailing only the Indianapolis Symphony Orchestra.

Kushigian, who works with an annual operating budget of $4.5 million, describes her role as a curator of the performing arts—booking Clowes presentations and outside promoters and nonprofits, as well as overseeing the visual arts program. She also directs the nationally recognized Clowes PreK-12 Education Program, the largest comprehensive arts education program in Indiana.

“Since patrons see every event taking place in the building as a Clowes event, we have worked diligently to make all performances in the building consistent from front of house to backstage, so that patrons, artists and our users are treated as if all shows are presented by Clowes,”Kushigian said.

She said her proudest accomplishments at Clowes have been:

As for favorite moments, “there are too many.”

“I do know that when the house lights dim and the curtain goes up, something special will happen and will never happen exactly the same way again,” she said.

In addition, she was responsible booking agent for such organizations as Radio City Music Hall, The Disney Organization and the Kennedy Center for the Performing Arts.

Kushigian is a voting participant of the Tony Awards and is currently on the National Legislative Committee for The Broadway League (formally The League of American Theatres and Producers Inc.) as the Indiana representative. She recently stepped down as the National Co-Chair of the Education and Community Engagement Committee.

She has served as a member of the Board of Directors for Dance Kaleidoscope as well as the Community Relations Committee for the Indianapolis Museum of Art. She was selected as a 2011 Creative Renewal Fellow by the Arts Council of Indianapolis. Butler recognized her in 2014 with a Woman of Distinction Award.

She said her future plans include enjoying being a grandmother, gardening, volunteering and attending live performing arts events “with no worries or responsibilities.”

“It is hard to relax and enjoy the performance when you’re watching all production aspects, Front of House activities, and the bottom line,” she said.