Butler Newsroom > Butler Home Page > When Fashion Week Called, Butler Students Were Ready for Their ‘Clothes Up’
Jimmy Page Said Listen. To Her Delight, They Did. Here She Is at Butler: Miss Collegiate Indy

When Fashion Week Called, Butler Students Were Ready for Their ‘Clothes Up’

Sound like an impossible combination? Not for Fashion at Butler University (FABU), a fashion club in its second year on campus. 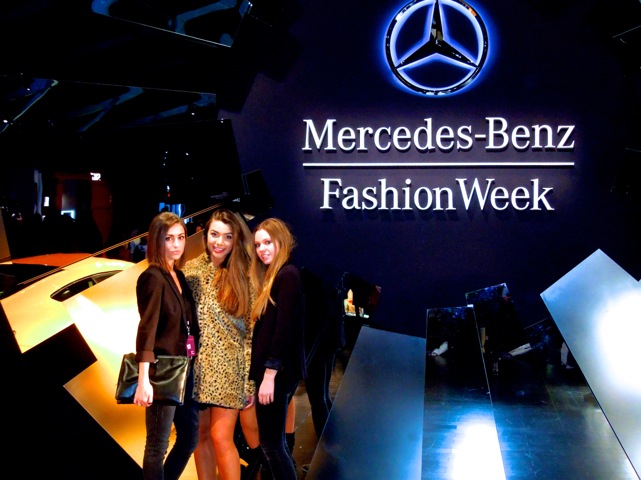 The catch? He called them with just one week to spare.

The girls scrambled for parental permission, packed their bags, and squeezed into a car for an 11-hour trip to the Big Apple.

“I actually had a backstage pass around my neck with my name on it,” Reed said. “It’s one of those things in the fashion world that’s a once-in-a-lifetime opportunity. I don’t know if I’ll ever get the chance again.”

But Reed, Zoet, and Kleiner received more than just backstage passes and a glimpse of the hustle, bustle, and hair-pulling stress of a world-class fashion show—they got to live it.

They first joined Martin’s production team to assist in setting up his fashion show, preparing clothing racks, and dressing models.

On the second day, Martin connected the FABU members with a friend on the production team of the WALK Fashion Week show, where the girls helped prepare the venue for guests.

And on the third day, the fashion gods bestowed a rare opportunity upon the three girls.

They were invited to join backstage management for designer David Tlale at the Mercedes-Benz Fashion Week show, the prestigious and exclusive main event of the week.

Reed was even assigned two models of her own to prepare and dress for Tlale’s show, an experience that was equally thrilling and terrifying.

But Reed doesn’t have dreams of dressing models. A Strategic Communication student with a passion for advertising, she said she jumped on this experience to have some fun.

What shocked her most was the realization that her education in advertising and strategic communication was not lost on the fashion industry.

While backstage, she noticed that the creative director ran the show and often knew more about what was going on than the clothing designer.

It goes like this, she said: The designer creates the clothing, but the creative director does everything else to ensure the messaging and themes present in the clothing are communicated in all other design materials, from care packages to promotional videos to the flyers passed out at the door.

Reed compared it to an advertising campaign, with every piece of the puzzle holding a specific purpose and goal.

Having never considered a career in fashion, she’s now discovered a place within the industry where she could contribute her talents.

“It opened up my eyes to the idea that it’s not just advertising agencies and businesses that need strategic communication professionals,” Reed said.