Jimmy Page Said Listen. To Her Delight, They Did.

There’s a lady who’s sure Jimmy Page’s endorsement is gold. And her name is Caroline (Hauss) Taylor ’97.

Taylor, who majored in Music Business at Butler, is the business manager for the Louisville (Kentucky) Leopard Percussionists, a performing ensemble featuring about 65 student musicians ages 7-12 who play xylophones, vibraphones, drums, and other instruments. 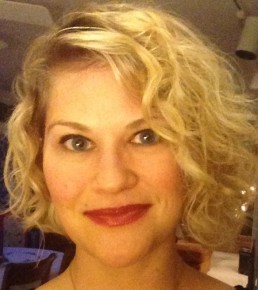 In November, the Leopards posted a six-minute video of the students performing portions of three Led Zeppelin songs – “Kashmir,” “The Ocean,” and “Immigrant Song.” Somehow—they don’t know how—Led Zeppelin guitarist Jimmy Page saw the video. On February 20, he posted it to his Facebook page along with this message: “Too good not to share. Have a rocking weekend!”

Before then, the video had about 7,000 views. It now has had more than 3.5 million, and the Leopards have been inundated with donations, merchandise orders, and media attention from as far away as England.

“It’s completely unexpected and sort of turned us on our head, but all in a good way,” Taylor said. “My business degree has served me very well through all of this.”

Taylor grew up in Louisville and played piano from the time she was 6. Her piano teacher in high school encouraged her to pursue a music business degree because “she felt like it had a broader purpose—and maybe a more lucrative outcome than being a piano teacher.”

Taylor—she was Caroline Hauss back then—looked for a program and found Butler.

“I feel like I got a great education,” she said. “I felt like it was a tough program because music and business don’t really overlap in many areas, so it was a pretty intense double-major.”

The summer before her senior year, she interned with the San Francisco Opera. That turned into a full-time job after graduation, and she spent the next three years there. She went from the opera company to a dot.com to working for a doctor in the mornings and teaching piano in the afternoons.

“I really missed having music and the arts tied into my job,” she said.

Along the way, she married Darren Taylor, a professional stagehand, and they had their first child, Chloe. But Chloe, who’s now 8, suffered a stroke in utero and was born with serious disabilities, so they decided to move to Louisville to be closer to family.

Taylor had planned to be a stay-at-home mom, but her cousin, Diane Downs, who founded the Leopards in 1993, offered her a part-time, mostly work-at-home position taking care of the organization’s monetary, music licensing, and grant-reporting duties.

That was six years ago, right around the time her son, Brando, was born. (He will be joining the Leopards later this year.)

It turned out to be a nice, low-key job. Then the Zeppelin video hit, and “it’s been crazy ever since,” she said. “And of course the kids themselves just feel like rock stars, which is very exciting.”

In April, the Leopards will do their “Big Gig” fundraiser (with special guest cellist Ben Sollee). They typically sell about 900 tickets in a 1,400-seat theater, but Taylor expects this year’s event to be a sellout.

They sent Jimmy Page an invitation, as well as a T-shirt, a video message from the kids, and some handwritten thank-you notes.

“We don’t really expect much of a response,” Taylor said. “But it would be crazy if he did.”