The Winners of the Distinguished Faculty Awards Are …

Education Professor Hochman is being recognized for teaching, Philosophy Professor van der Linden for scholarship and research, and Pharmacy Professor Van Tyle for service and leadership.

“The selection committee chose three exceptional candidates to receive these awards,” Provost Kate Morris said. “Each has made a lasting impact on Butler and our students.”

The winners will be recognized at the Board of Trustees luncheon in May and will officially receive their awards at the Fall Academic Workshop in August, when the full academic division comes together to kick off the year.

More about the recipients follows. 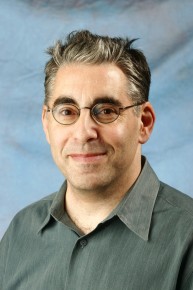 “I was never one of those teachers who said, ‘I have a good class this semester,’” he said. “I love all students, however they come to me. Whether they’re not interested in the topic or challenged by the experience, it’s my challenge to nurture a love of learning in them, to help them find their own greatness.”

Hochman joined the Butler faculty 26 years ago after almost a decade teaching elementary school in Scotland, Boston, and New York. He would have stayed at the elementary level, except for several mentors pushing him towards higher education.

In time, he saw an ad in The Chronicle of Higher Education for an open position at Butler. He didn’t know anything about Butler or Indianapolis, but “I wanted to come to a place where teaching is honored and respected, where I could still be a teacher.” After he met Education Dean Ena Shelley, he said, “I called my wife and I said, ‘I think I could have some fun here. I met somebody who’s dynamic and creative and joyful and the kind of person I resonate with.’”

Hochman said he’s enjoyed being part of a collaborative faculty that has changed from traditional teacher education—where student-teachers didn’t get into the classroom until their senior year—to an education based around experiential learning.

His approach to teaching is to get to know the students, because “if the first order of business isn’t one another, then we’re in the wrong business.”

“For every class I teach, I always try to find some way I can have an interaction with students one-on-one, outside of class,” he said. “Take them out for coffee, have lunch with them, something. So they’re more than just a figure sitting in class. Because it changes everything when you know a person. And, when you know them, you become invested in them.”

The evidence of how Hochman is regarded can be found in his office, both in a desk drawer full of letters and on bookshelves lined with books inscribed with notes from grateful students.

He said the greatest compliment he gets from students is “seeing them succeed, to be happy, to see the great work that they do, helping them to overcome when they struggle with something.”

“I think that’s the compliment,” he said, “more than something they would say.” 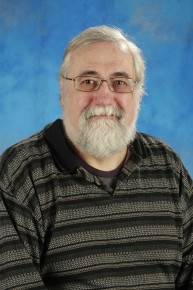 “Generally speaking, Butler has been quite conducive to me being able to do my research,” he said, whether through academic grants, giving him time for research and writing, or providing a stipend for editing a journal. “We are, of course, primarily a teaching school, but nonetheless, I always have felt that Butler supported faculty doing serious research and scholarship.”

Van der Linden grew up in the Netherlands and moved to the United States to earn his doctorate at Washington University in St. Louis. He served as a visiting professor at Colgate University and the University of North Carolina before joining the Butler faculty in 1990.

Early in his career, van der Linden focused his work on social and economic justice. He wrote a book called Kantian Ethics and Socialism, which was an attempt to use the ethics of philosopher Immanuel Kant to argue for a model of economic and social democracy.

His more recent research and publications are focused on the morality of warfare, covering such topics as preventive war, asymmetric warfare, combatant’s privilege, humanitarian intervention, and the ethics of drone warfare. The Rwandan genocide motivated him to examine his own beliefs about war and start asking questions about when war can be justified and executed justly.

“In the Rwandan situation, western military forces could have intervened and saved hundreds of thousands of lives,” he said. “We didn’t do that. We got the western people out and left and let the genocide unfold.”

In receiving the Distinguished Faculty Award for scholarship and research, van der Linden is being honored for a large body of work that includes books, articles, and reviews, as well as his efforts over the last five years editing the Radical Philosophy Review, the journal of the Radical Philosophy Association. The journal publishes material of interest to those “who share the view that society should be built on cooperation rather than competition, and that social decision-making should be governed by democratic procedures.”

He also has served as president of the Indianapolis Peace and Justice Center and as chair of Butler’s Department of Philosophy and Religion from 2007 to 2013. 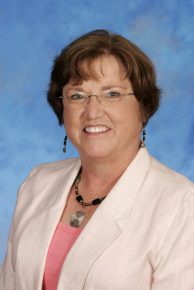 When it comes to serving the community—both Butler and Indianapolis—Professor of Pharmacy Practice Jeanne Van Tyle walks the walk.

Since beginning her teaching career at Butler in 1976, a short list of the many ways she’s served the University include chairing the Faculty Senate and, before that, serving 20 years on the executive committee of Faculty Assembly, the precursor to Faculty Senate; co-chair of the Gender Equity Commission; faculty adviser to Lambda Kappa Sigma, an organization of women in pharmacy that does community outreach; adviser to Butler University Equestrian Team, and adviser to the BU Community Outreach Pharmacy, a student-run free clinic on the Eastside of Indianapolis. She also served from 1996-1999 as the Director of the Learning Resource Center as it transitioned from the University College to the current LRC.

Her Indianapolis activities include 20 years as a volunteer pharmacist for the Gennesaret Free Clinics, which provides healthcare services for the homeless.

“I came to pharmacy school thinking I wanted to help people,” she said. “So this brings me back to my base roots of service. And I come from a social justice background as well. I truly believe that to those to whom much is given, much is expected.”

Van Tyle grew up in Indianapolis and intended to go to college at Indiana University. But her presentation at a high school science fair—doing a tissue culture to measure the effects of drugs on chick embryos—earned her a half-tuition scholarship to Butler to study pharmacy.

She lived at home while at Butler (as a faculty member, she served on a a commission to look at the issues commuter students face) and finished her Bachelor of Pharmacy degree in 1974. Two years later, after earning her Doctor of Pharmacy from Mercer University in Atlanta, Georgia, Butler’s College of Pharmacy recruited her to join the faculty.

Over the next several years, she changed the Butler culture in at least two ways. When she was hired, she was in a 50-50 position—that is, half her salary was paid by Butler and half by St. Vincent Hospital. That’s common now among Pharmacy faculty, she said, but she was first.

In addition, she married another Pharmacy professor, Kent Van Tyle, in 1982. It was rare at the time for faculty members to marry and have both stay at Butler, but the dean allowed them to do so.

Van Tyle said she’s had many blessings in her life, and she’s honored by the Distinguished Faculty Award.

“It’s a nice recognition from my peers, and I recognize that it is a peer-initiated award,” she said. “So to that extent, I’m very humbled by it. But award or not, I would still be doing what I’m doing. I love working with students. I love the volunteer work with the community.”