A year after graduating with a degree in journalism from Butler University, Ryan Lovelace ’14 is covering national politics and the 2016 presidential campaign for the Washington Examiner. 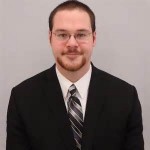 Lovelace spent his first post-graduate year as a William F. Buckley Jr. Fellow at the National Review in New York City and Washington, D.C. At the National Review, he covered politics, including the surge in unaccompanied immigrant children in South Texas and the protests in Ferguson, Missouri.

While at Butler, Lovelace served as managing editor of The Butler Collegian in 2013-2014 and won a national Investigative Reporters & Editors award for the story “A Center and Its Director,” about the University’s creation of the Desmond Tutu Center and its hiring of Allan Boesak to be the first director.