Butler Newsroom > Butler Home Page > Home Feature News > 2015 is the Year of the Quality Television Finale, Dean Edgerton Says
Ushering in the Indianapolis Bicentennial, With Butler’s Help The Center for Urban Ecology Gets a New Director

2015 is the Year of the Quality Television Finale, Dean Edgerton Says

From Mad Men and Boardwalk Empire to David Letterman and Bob Schieffer, 2015 has already established itself as the year of quality TV finales—and the year that those finales became essential to the television business, the Dean of Butler University’s College of Communication, Gary Edgerton, says. 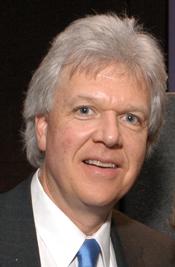 “With few exceptions, like The Mary Tyler Moore Show and M*A*S*H, it wasn’t until the 1990s that anyone cared how a television series ended,” said Edgerton, a television scholar and author of 12 books about TV and film, including The Columbia History of American Television. “Shows stayed on as long as they possibly could and usually wore out their welcome. It’s a relatively recent phenomenon that the finale has become so important, and really, it’s because of the quality of television.”

Edgerton noted that television has already had six notable signoffs this year—Mad Men, Justified, Parks & Recreation, Boardwalk Empire, Letterman from The Late Show, and Schieffer as host of Face the Nation—with a seventh, Nurse Jackie, coming up June 28. (Two and a Half Men, Parenthood and Hot in Cleveland also ended their runs this year.)

The emphasis on finales is occurring, Edgerton said, because of the way many television shows are now written—with narrative arcs that build to a climax rather than solely as self-contained episodes.

For much of its history, television has been created as self-contained episodes tailored for syndicated reruns, where they could be shown at any time and in any order.

“Syndication was the honeypot of TV,” Edgerton said. “That was where you made most of your money. Now, there are probably a half-dozen to 10 ways that television is monetized, and syndication is less important than ever. And the whole nature of television storytelling has changed—for the better.”

If you look back at television history, Edgerton said, you’ll see that there was no I Love Lucy finale, and that even The Fugitive, which had a distinct ending, was created in individual installments rather than as a series that built week by week.

Edgerton said the evolution to narrative arcs was inevitable in a universe where there are 650 channels in the United States alone. “What you have to do is create shows that people have a real passion for – not just that they want to watch TV. They want to know what’s happening next.”

Long-running shows, therefore, don’t just end. They resolve their stories and give audiences some amount of closure.

“What a finale is indicative of is the quality leap of television storytelling – that there is a beginning, middle and end, and you’re working toward something instead of just eating up time,” he said. “That makes for much better stories and much better television.”