Dean Howard’s New Book Has Them Talking (Or Soon Will)

For the last 30 years, Jay Howard, dean of Butler’s College of Liberal Arts and Sciences and a professor of sociology, has been studying this phenomenon. And now he’s written a book to help professors get their students talking. 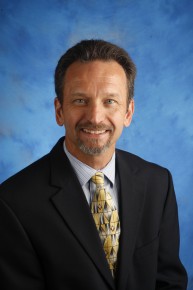 In Discussion in the College Classroom: Getting Your Students Engaged and Participating in Person and Online (published by Jossey-Bass), Howard writes that student participation is vital because “engaged students learn more.”

“One key strategy to engage students is through discussion,” which helps develop critical-thinking skills, challenges students, and stretches their abilities, he writes.

“That’s what college is supposed to do,” Howard said. “So professors have to change students’ understanding of the classroom.”

Howard said that, to change the dynamic in the classroom, a teacher needs to overcome certain behavioral norms. One, known as “civil attention,” is the appearance of paying attention. In most classes, he said, students don’t have to speak up unless they volunteer to speak, so many merely pay civil attention. Professors should require students to be in on the discussion, Howard said, which will compel them to pay actual attention.

Then, in many classrooms, there is what Howard calls “the consolidation of responsibility”—that is, a group of five-to-eight students who accept the responsibility for student verbal participation and discussion, letting others off the hook.

“We’ve got to expand past those five-to-eight dominant talkers and get a much higher percentage of students engaged in discussion,” he said.

How to do that? Howard recommends:

-Letting students reflect and collect their thoughts, rather than turning to them and asking what they think. “Shy people don’t figure out what they think as they’re talking. An extrovert does that. They’ll figure it out and process out loud. An introvert is not going to process out loud, so you’ve got to give them the opportunity to process before you ask them to engage.”

-Ask students a question and give them a couple of minutes to write out what they think. Then pair them with a classmate and have them share their ideas with each other. Then ask: Whose partner had a really good insight? “Then you get smart, quiet students to participate,” Howard said. “They’ve had a chance to collect their thoughts, they’ve rehearsed what they’re going to say, and they’re affirmed for their thinking.”

-Make it safe to be wrong. Some students don’t speak up because they worry about being wrong in public. “Professors have to model that it’s OK not to know, so it’s safer for students to not know. We professors have this compulsive need to always know, but it’s to our advantage and to our students’ advantage to say, ‘Wow, that’s really intriguing. I don’t know what the answer to that is.’”

Howard said he hadn’t planned to write this book. Not at this point, anyway. Being dean kept him busy enough. But Maryellen Weimer, who wrote the noted book Learner-Centered Teaching and works as an acquisitions editor for the publisher Jossey-Bass, read some of Howard’s research. When they met, she told him: “Someone needs to write a new book on student participation and discussion in the college classroom.”

Howard squeezed writing time into his schedule, finishing the first draft in summer 2013 and the revision in summer 2014.

Weimer wrote the forward, in which she said that Howard’s book has “the potential to rewrite the story of student interaction in face-to-face and online courses.”

Howard writes that changing the classroom will take time.

“Students may even be openly hostile to our efforts at first,” he writes. “But, as their experience with participation in purposeful discussion grows, they will also experience the exhilaration that comes with mastering new content and refinement of cognitive skills. And that makes learning and teaching more rewarding for everyone.”