Butler University has announced the hiring of two new directors in Advancement.

Danny Kibble has been named Executive Director, Alumni Relations and Engagement. He has spent the last 10 years as the Director, Alumni Programs (recently named Co-Interim Executive Director) at IUPUI, directing the alumni engagement activities and communication for the IU Schools of Nursing and the Robert H. McKinney School of Law. Previously, he managed programs for the IU School of Informatics and Computing. 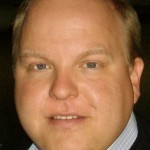 Under his leadership, alumni engagement programs and volunteer activities became more strategically aligned with the priorities of each school. Multiple new programs under his direction were named best practices in alumni relations from CASE District Five (Council for the Advancement of Secondary Education) and the Indiana University Alumni Association.

With his co-chair, Professor Emerita Rose Mays, Kibble led and directed the IU School of Nursing’s 100th anniversary weekend in June 2014, which yielded more than 700 attendees.

He will begin work at Butler on November 9.

Sean Dunlavy has been named Executive Director – Major Gifts. He has been Director, Fundraising and Institutional Advancement, for the Indiana 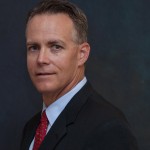 University Lilly Family School of Philanthropy since May 2012. There, he was responsible for securing support from a diversified donor portfolio of foundations, corporations, and individuals, and successfully completing a $100 million endowment campaign.

Prior to that, he was Vice President for Development with the Indianapolis Symphony Orchestra, where he managed a staff of 14 professionals and more than 500 volunteers, and raised more than $6 million annually.

He will begin work at Butler on October 19.