Ty Sutton, the General Manager of the Wagner Noël Performing Arts Center in Midland, Texas, has been named the new Executive Director of the Butler University Arts Center, which includes Clowes Memorial Hall, Schrott Center for the Arts, Eidson-Duckwall Recital Hall, and the Black Box Theatre in Lilly Hall.

Sutton, who will start at Butler on October 19, has more than 16 years of event and venue management experience—from Olympic venues to the position he’s leaving at the 1,827-seat, University of Texas-owned theater. 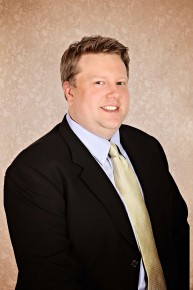 “I enjoy working in an academic environment, and I think Butler has a lot to offer,” Sutton said. “I run a University-owned building now, and it’s one of the busiest in the country. So this move made sense in a lot of ways.”

Sutton has been at the Wagner Noël for three years. Previously, he was General Manager of The Lincoln Center in Fort Collins, Colorado. He also has worked in several arts administration positions, including Programming Director at the University of Utah and Audience Services Manager at the Lesher Center for the Arts in Walnut Creek, California.

He was a partner at Encore Entertainment, a Salt Lake City-based concert and event touring company, and worked as a Venue Manager for the 2002 Salt Lake Olympic Games.

“It was a fantastic experience to see the highest level of customer service and event planning,” he said. “You have one shot for 16 days to get something right, and, if you don’t get it right, there are no do-overs. That can be really intimidating, but I found it empowering.”

He also held the position of Event Services Manager for Anaheim’s Honda Center, home of the National Hockey League’s Anaheim Ducks and one of the busiest arenas in the country.

“Ty brings a background and skillset that will serve both Butler and the Central Indiana community well,” said Ronald Caltabiano, Dean of Butler’s Jordan College of the Arts. “He will build on the great work that’s already been done in these venues, and his commitment to the highest quality of student, community, and professional performances is evident. Indianapolis is a world-class city with a burgeoning arts scene, and the Butler Arts Center is well positioned to thrive under Ty’s leadership.”

A native of Danville, California, in the San Francisco Bay area, Sutton earned a Bachelor of Arts in Political Science from the University of Utah and is a graduate of the International Association of Venue Manager’s Venue Management School. He and his wife, Polly Creer Sutton, a retired professional ballerina, have a 6-year-old son, Cooper, and a 1-year-old daughter, Tatum.

He takes over Clowes Memorial Hall from longtime leader Elise Kushigian, who retired in August after more than 20 years, and Interim Executive Director Karen Cromer. The newly created position at Butler has him overseeing operations of all performance venues.

Sutton, who was selected at the conclusion of a thorough national search conducted by the Arts Consulting Group, described his approach to the arts as “very entrepreneurial.”

“Whenever we can drive revenue to the arts by selling tickets and creating sponsorships, the more opportunity we have to expand our offerings,” he said. “I want us to create attention for our venues and programs, and provide experiences for our patrons that they’ll remember for the next 20 years.”