Butler senior Charlie Politi has just released his third CD, I Am Nobody.

When Charlie Politi ’16 heads to the recording studio, all he has to do is walk up one flight of stairs in his off-campus house. 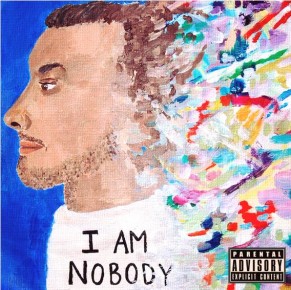 Politi and his roommate, Dylan Menefee ’16, built a makeshift studio in the corner of Menefee’s room last summer. Their setup is small, but it gets the job done—this is where Politi recorded his third and latest hip-hop album, I Am Nobody, which he released in early October. (Click here to hear his work.)

“I hadn’t put out anything in a while, so I wanted to put out something that lets people know I’m still working and improving,” said Politi, who had previously recorded in his room in Sigma Nu and, before that, his Ross Hall dorm room. “I’m still here.”

Politi, a Marketing major and Recording Industry Studies minor from Clarksville, Tennessee, started writing songs for the 12-track I Am Nobody a little over a year ago. On the album, he covers a wide range of topics, from personal issues to industry-wide observations. On “Canaan Ave.” he discusses struggling to make a decision and working out a problem on his own, while in “Summer Breeze” he analyzes the music industry and what it means to be successful.

“I like to write music about my life,” he said. “I don’t really make songs just to make songs. So I was pretty inspired by personal situations either my friends were going through or I was going through.”

Politi didn’t just look to his friends for creative inspiration—he also reached out for help on all aspects of the album. Menefee produced two of the tracks, and Aaron Marshall ’18 is featured on two of the songs. Politi also asked Tori Adachi ’16 to paint his album cover art.

“I love letting anyone who’s talented get involved and letting them do what they’re talented at,” he said. “I do as much as I can by myself, but I don’t have the talent for art, so I like finding people who can help and will be equally invested in it.”

Marshall, who is also in the process of recording an EP of his own, says making music with other Butler students helps everyone involved grow and get better.

“You really get to find out how much talent is at this school and connect with other artists through their music,” he said. “It’s also an awesome opportunity for exposure once students find out their own peers are making good music and can support them.” 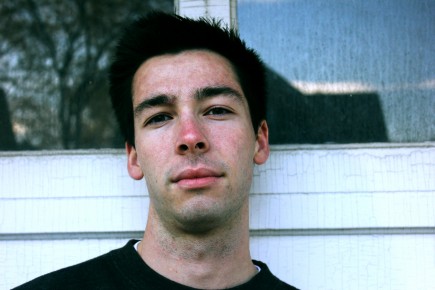 Politi started rapping when he was in high school. After his grandmother passed away, he wrote and dedicated a song to her. The soft-spoken but confident teenager then adopted the stage name “Charlie Breeze” and has used his music as a cathartic outlet ever since.

Politi says he has learned valuable business skills at Butler, such as how to market himself both on campus and to a wider audience on social media. But perhaps the larger lessons have come from outside the classroom, in the tiny recording studios he’s set up along the way.

“It’s hard to balance the time, but it is worth it,” he said. “I know there are times when I could have done better in school if I didn’t take time to make music, but I know I wouldn’t be as happy if I didn’t make music. You learn there are so many ways to accomplish goals if you think outside the box.”