Many Pumpkins Were Harmed in the Making of This Event

Can a pumpkin survive a five-story fall? The Engineering Dual Degree Club tries to find out. 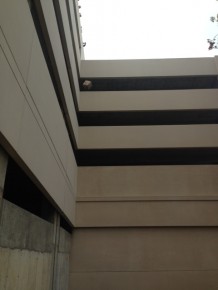 If you give an engineering student a pumpkin … he’s probably going to design a protective structure and hurl it off the new Sunset Avenue Parking Garage. At least, that’s exactly what members of the Engineering Dual Degree Club (EDDC) did on Friday afternoon (October 30) during their annual Pumpkin Drop.

This year, the club opened up the event to all students on campus, and 11 teams showed up to see whose pumpkin could stand the fall from the roof of the five-story garage without shattering.

For engineering students like Dan Ellsworth ’20 and Joe Camacho ’20, the surprisingly intense competition was a major draw.

“We’ve got a couple of friends who are also engineering students, and they’ve been talking a lot of smack,” Ellsworth said. “They spent a bunch of money on this, and we’re kind of going with what we have.” 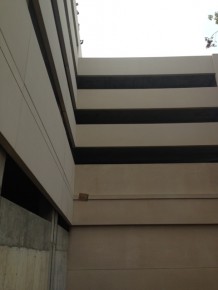 For some, coming prepared meant using the expected materials to protect their pumpkins—packing peanuts, plastic bags, cardboard boxes. Others used items they found in their dorm rooms, like a fluffy down coat, to cushion the bottom of a box.

“It’s going to explode in the most extravagant fashion,” Spaulding said, looking down at his team’s homemade parachute.

His prediction was right, but his pumpkin wasn’t the only one that didn’t survive. In fact, no one’s did.

But Ryan Krueger ’18, president of the EDDC, said that doesn’t matter. 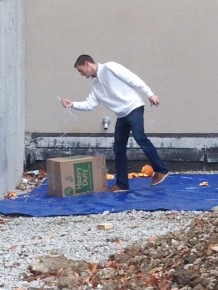 Gone… Ryan Krueger collects one of the pumpkins after its fall from the parking garage roof.

He says events like the pumpkin drop, though they’re fun, also raise awareness about engineering at Butler. If a student is interested in the engineering dual degree,

Krueger said, the club meetings are a great way to see if engineering is for him or her.

“I’m really excited to promote the engineering program and club,” he said.