Arick Named a Finalist for CFO of the Year Award

Butler University Chief Financial Officer Bruce Arick was selected as a finalist for the Indianapolis Business Journal’s CFO of the Year honor. 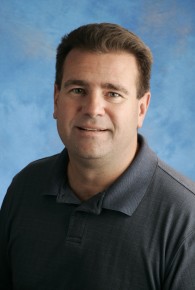 In nominating Arick, who has been with Butler for 24 years, the University cited his “solid tenure of stewardship, balanced by his willingness to embrace new endeavors, as was evident with this year’s progress in Hinkle Fieldhouse renovations, the university’s first parking structure, and the new partnership with American Campus Communities to build new student housing facilities.”

As Chief Financial Officer, Arick outlined the funding for the fieldhouse restoration, which included a capital campaign and other financing initiatives. As the Vice President of Finance and Administration, he also led the oversight of the Operations staff that managed the physical renovations of the magnificent building, which will entertain numerous fans for many years to come.

Among his other recent accomplishments:

-Securing bond funding for the Sunset Avenue Parking Garage, which includes 1,033 parking spaces and, on the ground level, approximately 15,000 square feet of commercial and retail space. Arick also worked to bring the first tenants—Scotty’s Dawghouse and Pita Pit—to the garage.

-Guiding the University through a lease agreement and a separate marketing and licensing agreement with American Campus Communities to finance, design, construct, furnish, equip, and operate a state-of-the-art student housing facility with approximately 600 modern, suite-style beds on land owned by the university. This effort represents the first phase of a comprehensive student housing master plan that will address the University’s overall housing inventory. The scope of the master planning process encompasses the renovation or redevelopment of approximately 1,200-1,500 student beds and related student amenity space.

“Over the past two decades, Bruce has helped the Executive Council turn around our financial position from historic deficits to regular surpluses,” the University said. “In addition to managing the overall budget, Bruce has enabled the university to invest in the growth for the future by implementing reserves to cover deferred maintenance for buildings.”

He also has served as controller at Southern Bells Inc., as well as staff accountant and senior auditor with Ernst & Young LLP, both located in Indianapolis.

He received a bachelor’s degree in accounting from Indiana University and became a Certified Public Accountant of Indiana in 1991.

Arick “remains grounded with integrity, honesty, and reliability—traits every company desires in their CFO,” the University said. “Bruce has worked for four Butler University presidents; his value to the university is apparent. He has shepherded Butler through two decades of continuous growth and improvement. He has turned around Butler’s financial position from historic periods of deficits to regular surpluses while simultaneously investing heavily in growth for the future. He exhibits good stewardship and due diligence in the management of the university’s endowment and investments.”