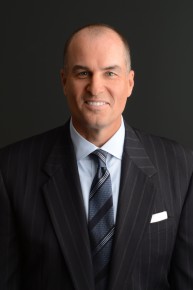 Bilas will speak in the Atherton Union Reilly Room on Wednesday, March 2, at noon. Registration for this event is required as seating is limited. All other events will take place in the Robertson Hall Johnson Board Room. Times and dates are below.

“The third annual CCOM Symposium features a special emphasis on race and community in contemporary America,” said Gary Edgerton, Dean of Butler’s College of Communication. “Our goal is to provide a forum where local community leaders and representatives, visiting scholars, filmmakers, and journalists can share their unique perspectives and engage in vigorous conversations with audience members from Butler and the surrounding Indianapolis community.”

The symposium is presented by the Conference on Ethics and Public Argumentation (CEPA), which promotes dialogue between scholars of argumentation and significant thought leaders in the public and professional contexts where it is imperative to resolve major conflicts and challenges. The invited participants are chosen because they demonstrate a clear standard of ethical communication on the conference subjects.

In addition to the events, the conference also will remember Amos Brown, the longtime Indianapolis broadcaster who died in November 2015, with The Bill Neher Award for Ethical Communication. This annual award honors premier examples of effective and ethical oral, written, or mediated communication on issues of significant public interest.

The schedule of events follows.

Arcuri leads the $5.7 billion global commercial operations of Newell Rubbermaid. He joined the company in December 2014 as Global President of the Home Solutions business unit. 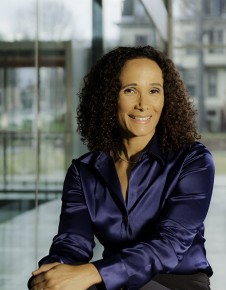 Rose specializes in 20th Century African American culture and politics, social thought, popular culture, and gender issues. She is the author of Black Noise: Rap Music and Black Culture in Contemporary America and Longing to Tell: Black Women Talk About Sexuality and Intimacy.

Horner is a board-certified neurosurgeon. He retired from operative neurosurgery in 2009 and now confines his practice to the evaluation and management of sports concussion—treating all ages from grade school aged athletes to professional team consultation. He is a neurosurgical consultant to the Indianapolis Colts and covers Indiana University football.

3:00-5:00 PM
Ted Green
Award-winning Documentarian Filmmaker
“Attucks: The School That Opened a City”
Excerpts from the film will be shown in conjunction with a panel discussion including Indianapolis Public School’s Curriculum Guide Writers.

After 20 years in newspaper journalism, Green switched to filmmaking in 2010 with John Wooden: The Indiana Story. Since then, his work has won nine regional Emmys and numerous other awards. His most recent film, on Bobby “Slick” Leonard, premiered at Bankers Life Fieldhouse, and Undefeated: The Roger Brown Story is currently airing on ESPN Classic.

James produced and directed Hoop Dreams, winner of every major critics prize including a Peabody and Robert F. Kennedy Award. His most recent documentary, Life Itself, was named the best documentary of the year by over a dozen critics associations, Rotten Tomatoes, The Critic’s Choice Awards, The National Board of Review, and The Producers Guild of America.

All-American and former Duke University basketball player Jay Bilas joined ESPN in 1995 and is featured on ESPN’s game and studio coverage as a color commentator for the top men’s college basketball games.

Smith Richardson is a veteran reporter, editor, and columnist with experience at a number of award-winning newspapers and magazines. She has served as an Editor at The Texas Observer, the Chicago Tribune, and The Sacramento Bee. She spent nearly a decade writing opinion pieces for the Austin American-Statesman. 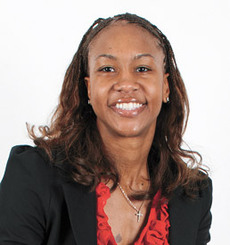 Catchings is a 10-time WNBA All-Star, a five-time All-WNBA selection, and is famous for recording the first ever quintuple-double (25 points, 18 rebounds, 11 assists, 10 steals and 10 blocks in 1997). She serves as President of the WNBA Players Association as of the 2012 season.

Thorp has worked with OutKast, Radiohead, Switchfoot, Molotov, Beck. He has more than 18 years of experience and several multi-platinum records in his discography.