Peter Z. Grossman, Butler’s Clarence Efroymson Professor of Economics, argues in the January 28 edition of the Washington Examiner that President Obama’s energy policies are wrong for America—just like his predecessors’ have been for the last 45 years. 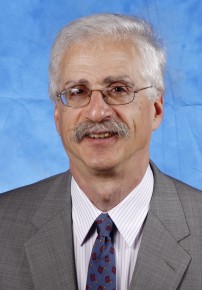 “[T]he past 45 years should have taught us that presidents do not have a clear understanding of what their pet energy ideas could accomplish, or what havoc they could cause,” Grossman wrote. “Indeed, for the most part, our presidents haven’t understood the geology, the technology or the economics of what they touted. They just were captivated by one or another energy idea that in hindsight was shown to be bad.

“Instead of understanding, we have a president who wants to show us not only how much he knows about energy but also how much he “gets” the climate change-energy connection. But like his predecessors, he has no technical knowledge, no scientific appreciation, no economic understanding of energy. He just believes he holds the key to America’s — heck, the world’s — energy future.

Grossman is the author of U.S. Energy Policy and the Pursuit of Failure (Cambridge 2013).