Mario Livio, a senior astrophysicist at the Hubble Space Telescope Science Institute, will discuss “Human Curiosity” on February 2 at 7:30 PM in the Atherton Union Reilly Room as part of Butler University’s Woods Lectures in the Sciences and Mathematics.

All talks in the series are free and open to the public without tickets. For more information and to sign up for the series email list, visit http://legacy.butler.edu/woods-lectures. 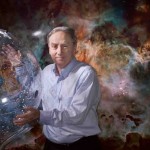 Livio will talk about how curiosity drives science, exploration, literature, and art, and how every answer to a scientific question opens the door to an entire series of new questions. In the past decade as head of the Institute’s Science Division, he has focused on several topics, including: supernova explosions and their use in cosmology to determine the rate of expansion of the universe; the nature of “dark energy;” the formation of black holes and the possibility to extract energy from them; the formation of planets in disks around young stars; and the emergence of intelligent life in the universe.

He will be followed in the series this spring by Tom Jones (“When Rocks Attack: Defending Planet Earth,” February 23) and Alexandra Horowitz (“Discovering What Dogs Know,” April 14). Both talks begin at 7:30 PM in the Reilly Room.