Novelist Benjamin Percy will speak at Butler University on Monday, February, 29, at 7:30 PM in the Schrott Center for the Arts as part of the spring 2016 Vivian S. Delbrook Visiting Writers Series. 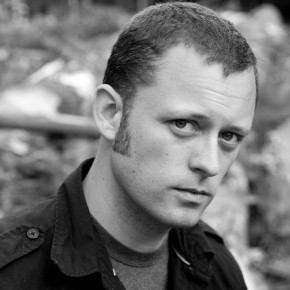 Percy is the author of three novels. The Dead Lands is a post-apocalyptic reimagining of the Lewis and Clark saga (2015), about which Stephen King declared, “You will not come across a finer work of sustained imagination this year. Good God, what a tale. Don’t miss it.” Percy’s Red Moon (2013) was an IndieNext pick and Barnes & Noble Discover Great New Writers selection; his The Wilding (2010) won the Society of Midland Authors Award for Fiction.

He is also the author of two books of stories, Refresh, Refresh (2007) and The Language of Elk (2006, 2013). Percy is adapting Red Moon as a series for FOX TV with Oscar-winner Akiva Goldsman (A Beautiful Mind, I am Legend, Winter’s Tale) and The Wilding as a film with director Tanya Wexler (Hysteria). He also has a craft book, Thrill Me, due out in 2016.