In a groundbreaking study of Hollywood films produced since 2000, Butler University Associate Professor of Critical Communication and Media Studies Casey Kelly has found that the overwhelming majority of movies now associate premarital sex with shame and degradation, while they romanticize traditional nuclear families, courtship rituals, and gender roles. 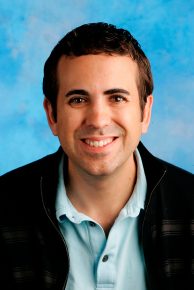 Kelly published his findings in Abstinence Cinema, a new book from Rutgers University Press that looks through the lens of approximately 180 movies at the outcome of the culture wars—which, he says, conservatives won.

“They won quite simply by choosing to participate in the public culture of sex talk,” Kelly said. “From the 1970s onward and in education in particular, cultural conservatives created their own curriculum, think tanks, policy institutes, and political lobbies to win the culture war over sex. Instead of resisting sex education, they created their own and had help from sympathetic family values politicians. In popular culture, abstinence advocates began selling the idea that virginity was sexy and hip, which made it something more accessible for Hollywood filmmakers to garner an audience.”

Kelly said the results—romanticizing traditional nuclear families, courtship rituals, and gender roles—are not necessarily negative. “But when virginity is constructed as the sole determinant of women’s value, a physical ritual only accessible for heterosexual couples in the privileged institution of marriage, or a double-standard not valued in men (in popular culture and film), it has the effect of reinforcing discriminatory ideologies and practices.”

“You can see this not only in expected sites, like the Twilight films, but surprising ones, like the raunchy comedies of Judd Apatow,” he said. “These movies are particularly disempowering for young women, concocting plots in which the decision to refrain from sex until marriage is the young woman’s primary source of agency and arbiter of moral worth.”