Five former student-athletes, one team and a long-time supporter of the athletics program have been chosen for induction into the Butler University Athletics Hall of Fame. The 2016 Hall of Fame class will be formally inducted at a dinner/ceremony on the Butler campus Saturday, Oct. 1. 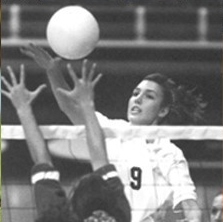 “Congratulations to the Class of 2016 inductees, an outstanding collection of very accomplished individuals and an extremely successful team,” said Butler Director of Athletics Barry Collier. “Their accomplishments inspired many and provided a platform to showcase The Butler Way. We are proud to welcome them to the Butler University Athletics Hall of Fame.”

One of the most accomplished players in Butler volleyball history, (Baire) Gooding is Butler’s all-time leader in kills (1,812) and attacks (4,932). In the (then) Midwestern Collegiate Conference, she was a two-time, first-team all-conference selection, earned second-team honors once, and was also a member of the all-newcomer team during her four seasons. In 1993, she led the conference in kills, digs and service aces. During her time at Butler, the Bulldogs made two appearances in the NIVC Tournament.

Clayton earned four varsity letters in both football and baseball. As a member of the Butler football program, he led the Bulldogs to Indiana Collegiate Conference championships in 1972 and 1973 as the team’s quarterback and punter. In 1973, he was team captain, the team’s Most Valuable Back, and a first team All-Indiana Collegiate Conference selection. He held Butler career records for passing attempts (839), passing completions (333), passing yards (4,830), touchdown passes (24), and total offense (4,402) at the time of his graduation.

As a pitcher on the baseball team, Clayton holds school records for lowest earned run average in a season (1.18) and career (2.49). He helped Butler win the 1974 Indiana Collegiate Conference championship, earning all-conference honors and pitching one of the program’s one-hitters. He led the ICC in earned run average in 1973 and 1974, and earned Butler’s Special Service Award in 1974.

Currie was a three-time Horizon League Player of the Year (2000, 2001, and 2002) after being named the conference’s Newcomer of the Year in 1999. He is one of a handful of players to be named to the league’s five-member All-League first team in four consecutive seasons. Currie is Butler’s all-time leader in singles and doubles wins, leading the program to three NCAA Tournament appearances. He was nationally ranked by the ITA in both singles and doubles, and was named the 2001-02 Butler Co-Most Outstanding Male Athlete and a recipient of the Tony Hinkle Scholarship.

Kahoun was the first lacrosse All-American in Butler history, earning honorable mention honors from USILA in 1996. That same year, he was named the Great Western Lacrosse League Player of the Year. He was a first-team All-GWLL selection in each of his four seasons. Kahoun owns Butler’s career mark for points (204) and goals (149). His 46 goals were the single-season record as well. The two-time Butler MVP also coached the men’s lacrosse team at Butler from 2000-04.

Sweeney was a standout for the men’s soccer program from 1992-95. In 1995, he was a first-team All-Midwestern Collegiate Conference selection after earning second team honors in both 1993 and 1994. He was named third team All-Mideast in 1994 and invited to the Olympic Trials, playing with the U. S. Olympic soccer team. He played in 68 matches during his Butler career, including 59 as a starter. The 1995 team won the MCC and defeated Indiana, 1-0, in the NCAA Tournament before losing to Portland in the second round. Following his time at Butler, he played professional soccer with the Tampa Bay Mutiny, the Hampton Roads Mariners, the Milwaukee Rampage, and the Indiana Blast.

The 1961 men’s track and field team won the Indiana Collegiate Conference championship. Throughout the season, the team set new school records in the pole vault, discus, triple jump, and half-mile relay. The Bulldogs tied for first at the 8th Wabash Relays that included 10 teams, won a dual meet with Indiana State, and won triangular meets with DePauw and Memphis State, and Indiana Central and St. Joseph’s, respectively. The team placed second in a quadrangular meet with Purdue, Anderson and Franklin.

Grechesky enters the Butler Athletics Hall of Fame with a Special Service Award recognition. He served as director of the Butler “Marching Bulldogs” 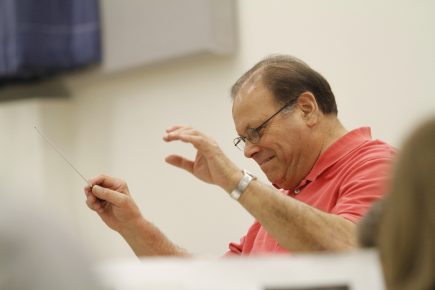 beginning in 1973. He served as Music Director of the opening of Union Station, the bands and herald trumpets of the Pan Am Games, the Opening Ceremonies of the World Gymnastics Championships, two NCAA Final Fours, the Olympic Swimming and Diving Trials, and the Opening Ceremonies of the World Police and Fire Games. Grechesky retired as director of bands for Butler University in 2014.

The Butler Hall of Fame was created in 1991 to provide a forum in which those who have brought honor and respect to Butler University and its athletic program could be acknowledged and permanently enshrined in Hinkle Fieldhouse. Inductees have made exceptional contributions to the prestige of the University in the field of athletics, and continued to demonstrate in their lives the values imparted by athletics. The 2016 Class will bring the membership of the Butler Hall of Fame to 200 individuals and nine teams.