The Butler crew team will start off the academic year by attempting to break the world record for the longest continual time on a rowing machine by a small mixed team of men and women under the age of 30. 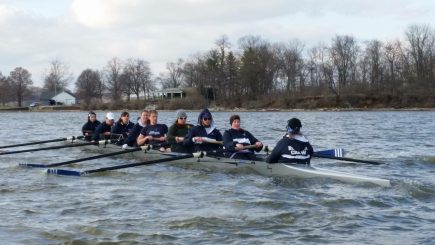 It will do this beginning September 9 at 6:00 PM in the Health and Recreation Complex to raise money for both the Semper Fi Fund—which provides immediate financial assistance and lifetime support to post-9/11 wounded, critically ill, and injured members of all branches of the U.S. Armed Forces and their families—and to help finance the team’s activities.

Crew is one of 18 club sports teams at Butler, and like all the teams, only a small part of its budget is funded through the Student Government Association. The rest of their money comes through fundraising, dues, and grants.

“Students who participate in club sports have to be go-getters,” said Assistant Director of Recreation Eric Kammeyer, who oversees club and intramural sports. “They have to delegate responsibilities and be on top of everything. If they don’t have that passion, the team will have a hard time surviving.”

More than 300 Butler students now participate in club sports, making it one of the fastest-growing areas of student life. They practice two or three times a week, travel regionally and nationally to games and tournaments, and compete against schools from all over the Midwest.

This year, the hockey team, now in its second year, will play against Illinois, Notre Dame, IU, Purdue, Xavier, and others this season. The men’s club basketball team, which just joined the Great Lakes South Conference, now will compete against Kentucky, Purdue, Indiana State, Miami, Ohio State, Dayton, and others.

“I don’t think everyone knows we have this much activity,” Kammeyer said. “And we’re growing every year.”

Here is news from some of the clubs: 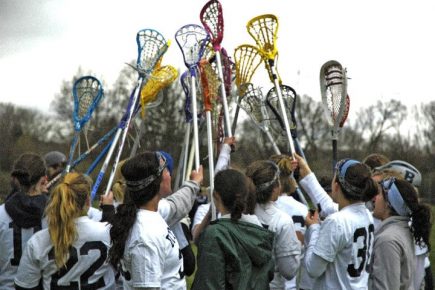 With Butler adding women’s lacrosse as a varsity sport this year, many of last year’s women’s club team members have moved up to Division I. The women’s club team is recruiting incoming and current students for its 10th season at Butler. No prior experience is needed. For more information, contact Kate Spencer at kaspence@butler.edu.

In addition to trying to break the world record for longest time on a rowing machine, the crew team will travel this year to the Frogtown Regatta in Toledo, Ohio, on Saturday, September 24, and the Secret City Head Race in Oak Ridge, Tennessee, on Saturday, October 22, before hosting its own event on Saturday, November 5, against collegiate crews from Purdue, Grand Valley, and Michigan at Eagle Creek Park. For more information, contact Caitlin Ladd at crladd@butler.edu. 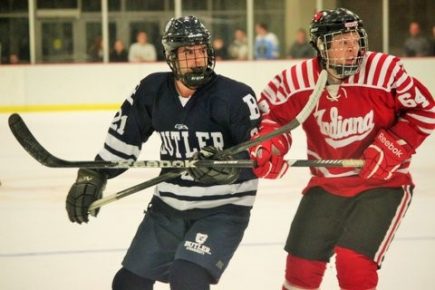 After a successful inaugural season in 2015, the Butler club hockey team is back and playing in the Indiana Collegiate Hockey Conference for the upcoming 2016-2017 season. “As expected, we faced many growing pains that come with being a newly established team,” Co-Founder and Vice President Kyle Kortebein (kkortebe@butler.edu) said. “Despite this, however, we succeeded in laying the groundwork for a bright future and plenty of winning seasons to come.”

With an invitation to one of the largest tournaments in the club’s history, the Lady Dawgs are excited to make the trip to Madison, Wisconsin, the weekend of October 21st for their 2016-2017 season debut. The team will also be hosting a community outreach event this season on November 12, where it hopes to incorporate those with special needs into the game they love. Tryouts for the team begin on September 13. For more information, contact Morgan Miller (memille5@butler.edu).

The team is returning a vast majority of its rising sophomore, junior, and senior player’s while adding a promising class of freshman talent. Butler lacrosse will mostly compete against Midwestern universities including Taylor, Ball State, IUPUI, Ferris State, Anderson, and Wabash College. For more information, contact Nick Scalise at nscalise@butler.edu or Eddie Wilde at ewilde@butler.edu.

The past two years, the team has competed in the National Collegiate Volleyball Federation National Championships, winning in 2015. At the start of this academic year, the team will be looking for members to replace the girls who recently graduated. The team will travel to Purdue on October 1, University of Cincinnati on November 12, and University of Dayton on November 19, as well as host its own tournament on October 22, playing against teams from around the Midwest. Contact Rachel Pierce at rpierce@butler.edu for more information.

Last year, the team hosted two tournaments and multiple matches throughout the year. It also travels to a number of schools, including University of Michigan, Indiana University, and Purdue University to compete with teams in the Midwest. The team lost a handful of members after last year and wants to replace them with men who love to play volleyball and have fun. Contact Robert Smith at rjsmith2@butler.edu for more information.