Associate Professor of Theatre Rob Koharchik and Butler Theatre alumnus Jeffery Martin ’93 each received one of the “surprise” $10,000 awards given by The Indianapolis Foundation to Indianapolis-based organizations and individuals on August 27. 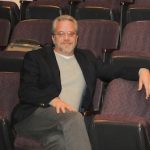 Koharchik and Martin were recognized under the category “Indy Professional Theatre MVPs,” creative professionals whose work in theater contributes to the vibrancy of the cultural community and the strength of our city.

More information about the awards is here.

Koharchik is the set designer for Butler Theatre, which means he’s in charge of everything from the look of the “room” that’s depicted onstage to what items sit on the coffee table. If you’ve seen a Butler Theatre show over the past nine years, or perhaps a production of Shakespeare by the Heartland Actors Repertory Theatre, or something at the Indiana Repertory Theatre, then you’ve probably seen a set Koharchik designed. His credits also include work at Philadelphia’s Walnut Street Theatre and the Geva Theatre Center in Rochester, New York. 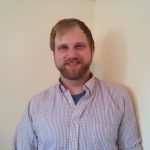 Martin serves as the full-time Technical Director for the Phoenix Theatre. He has designed set and lights with The Phoenix Theatre, NoExit Performance, Know No Stranger, and Theatre on the Square, and he directs and designs with Young Actors Theatre. Most recently, he produced and directed one of the top-selling shows for the Indianapolis Fringe, Kurt Vonnegut’s: God Bless You Dr. Kevorkian.