Butler Elects Two to the Board of Trustees

The Butler University Board of Trustees has elected Attorney Robert T. Wildman and Life Sciences executive Lynne Zydowsky ’81 to special one-year terms on the Board.

Both will be eligible for full three-year terms in June 2017. 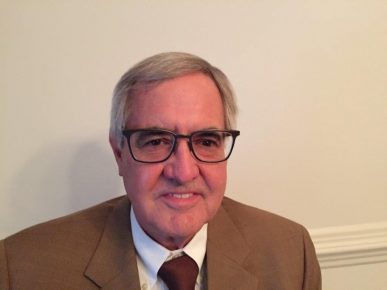 Wildman is a member of the Business Services Group, the Venture Capital and Private Equity Group, and the Real Estate Group of Bose McKinney & Evans LLP. He is also in-house counsel for the Greg Allen Companies, which develop commercial estate projects in the Indianapolis area. In addition, Wildman is the President of his late father’s company, Roundhill Development Inc.; a real estate holding company.

Prior to joining Bose McKinney, Wildman was a partner at Henderson Daily Withrow & DeVoe in Indianapolis.

Wildman is a member of the Indianapolis Bar Association (business law and land use sections), the Indiana State Bar Association (probate, trust, and real property and business law sections), the American Bar Association, the Venture Club of Indiana (former board member), Cambridge Ventures (Investment Committee and Advisory Committee) and SVCapital (former Advisory Committee member). He is included in The Best Lawyers in America (2007–2016) and was named an Indiana Super Lawyer by Indianapolis Monthly magazine (2004). He currently serves on the finance committee of the St Vincent’s Foundation

His wife, Jane E. Wildman, is the recently retired Student Services Coordinator for Counseling at Carmel High School. She has served on several civic boards focusing on education, including Promising Futures of Central Indiana and Indiana Student Assistance Professionals Inc.

Lynne Zydowsky is an experienced executive in the Life Sciences industry who has been involved in the launching and building of many successful companies. 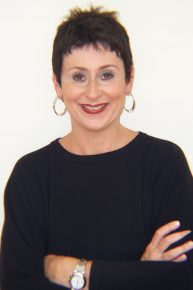 As President of Zydowsky Consultants, a consulting practice founded in 2003 offering services to emerging companies, she works with founders, investors, and management teams to build the foundations of life science companies.

With over 25 years of industry experience, she has played a key role in raising private capital, setting overall corporate strategies, and establishing and managing strategic alliances.

In 2011, Zydowsky, together with Joel Marcus and Deeda Blair, co-founded the Alexandria Summit, an invitation-only gathering that brings together the world’s foremost visionaries from the pharmaceutical and biotechnology industries, medical, academic, financial, philanthropic, advocacy, and government to exchange ideas and shape future decisions about scientific development, policy and regulatory reform to tackle the most important global healthcare challenges and accelerate the discovery of life-saving therapies.

Zydowsky previously served as the initial President, Chief Operating Officer, and board member of Renovis Inc. (now Evotec), which she also co-founded. Prior to Renovis, she joined Exelixis Inc. as its first employee and held positions of increasing responsibility, including Vice President of Pharmaceutical Business Development. As part of the executive management teams, she contributed to the growth and development of both companies, which led to their initial public offerings. She also previously worked as a Senior Research Scientist at ARIAD Pharmaceuticals Inc. and GlaxoSmithKline.

Zydowsky serves as a member of the West Coast Board for buildOn, an international non-profit organization focused on breaking the cycle of poverty, illiteracy, and low expectations through its after-school, service-oriented programs for urban teens.

She earned her doctorate in Chemistry from the Ohio State University and was a National Institutes of Health (NIH) post-doctoral fellow in the Department of Biological Chemistry and Molecular Pharmacology at Harvard Medical School. She earned her Bachelor of Science in Pharmacy from Butler University in 1981.