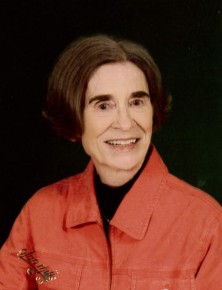 Harper got to Butler, she had already established herself as a local celebrity in music and broadcasting. Among her credits, she was the first female vocalist on television in Indiana, on WFBM (Channel 6); and first female disc jockey in the state, on WFBM radio, where she conducted on-air interviews with such personalities as Patti Page, The McGuire Sisters, Nat King Cole, Tony Bennett, and Bill Haley and the Comets.

When rock ’n’ roll hit, she decided to give up radio and finish her college education at Butler University. (She had started college at the University of Louisville in 1944 after winning a voice contest sponsored by the Louisville Courier Journal and WHAS, but moved to Indianapolis in 1947 to sing with the Art Berry Orchestra at The Columbia Club.) She earned her bachelor’s degree in speech, then taught high school, and completed her master’s degree at Butler in education and speech.

After graduation, the manager of WAJC, Butler’s student-run radio, asked her to join the faculty in radio and television broadcasting. She advised students and taught announcing and radio production. She later introduced two new courses, broadcast law and music in broadcasting. Starting as an instructor, she became a full professor, her proudest professional accomplishment. In 1985, she was inducted into the Indiana Broadcast Pioneers Hall of Fame. She retired from Butler in 1988.

“Generations of Butler students learned from Ann Harper and Jim Phillippe, who together held us to very high expectations,” said Class of ’85 Radio/TV graduate Dave Arland, today the Executive Director of the Indiana Broadcasters Association. “Her encouragement, patience, good humor, and trailblazing experience in broadcasting was a gift that still resonates. Butler had no better advocate for communications students from the 1960’s through the 1980’s.”

In 2015, Harper was awarded the Butler Service Medal, which recognizes emeriti faculty or retired faculty and staff (alumnus or non-alumnus) for a lifetime of distinguished service to Butler University and to the community.

Funeral services will be held at 10:30 AM Wednesday, October 19, at Sacred Heart Catholic Church in Vincennes, Indiana, where she lived.