Court of Appeals to Hear a Case at Butler

A three-judge panel from the Indiana Court of Appeals will hear a case on the Butler campus January 24 at 11:00 AM in the Eidson-Duckwall Recital Hall. The hearing is open to the public, and a reception with the judges will follow from noon to 1:00 PM downstairs in the Ford Salon. 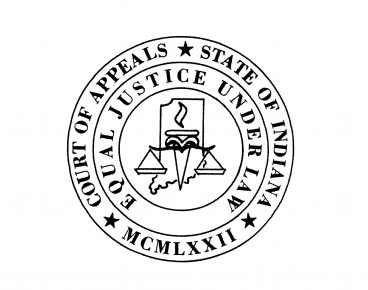 Judges James S. Kirsch, Paul D. Mathias, and Margret G. Robb will hear 40 minutes of arguments in a Greencastle case in which a motorist stopped for a broken taillight was eventually found, during an inventory of his truck, to have 25 grams of methamphetamine inside a hamburger box. The driver sought to suppress the evidence, arguing that the police violated his Fourth Amendment rights against unreasonable search and seizure. The trial court denied his motion. (More details about the case are below.)

“This will be a wonderful opportunity, especially for our pre-law students, to get to talk to professional judges in very high positions and get to learn about their careers and the paths they took to where they are now,” said Rusty Jones, Director of Butler’s Center for High Achievement and Scholarly Engagement.

These traveling oral arguments, sometimes called “Appeals on Wheels,” typically occur at high schools, colleges, law schools, and courtrooms, but they’ve also been held at conference centers, tourist sites, and even retirement communities, according to the Court of Appeals website.

The Court has conducted more than 430 Appeals on Wheels in 72 counties between its 2001 centennial and July 2015, although the program predates the centennial. The goal is to help Hoosiers learn more about the judiciary’s role in Indiana government and to provide opportunities for Court of Appeals judges to meet and talk with a range of citizens in relatively informal settings.

This case arises out of a traffic stop on the evening of February 20, 2015, in Greencastle, Indiana. Otis Sams was driving home from work in a truck without working taillights in a snowstorm. Sams had stopped at a fast-food restaurant and was eating his supper from the fast-food bag as he drove home. Two officers of the Greencastle Police Department on patrol that night noticed that Sams’s truck’s taillights were out and pulled him over. During the stop, the officers discovered that Sams was driving on a suspended license for the second time in 10 years, a misdemeanor. But rather than arrest him, the officers wrote Sams a summons for the misdemeanor.

The officers then had to decide what to do with Sams’s truck as it stood on the shoulder of a public road in a snowstorm without a licensed driver to drive it away. The officers decided the truck would need to be towed and impounded until it could be retrieved by a licensed driver. The officers informed Sams of their decision and released him from the scene. Sams walked to a nearby gas station to wait for a ride home.

Before the tow truck arrived, the officers searched Sams’s truck to inventory its contents. One of the officers noticed that Sams had moved the fast-food bag to the floorboard in the back of the cab from its earlier position on the front passenger seat next to him. The officers decided to open the bag. Inside the bag was a hamburger box, and inside the hamburger box were more than twenty-five grams of methamphetamine. Sams was arrested and charged with Level 4 felony possession of methamphetamine, an offense punishable by up to 12 years in prison and a fine up to $10,000.

Before his jury trial in Putnam Circuit Court, Sams moved to suppress the fruits of the inventory search of his truck. The trial court denied Sams’s motion. Sams sought certification for interlocutory appeal, which the trial court also denied. The evidence from the truck was admitted over Sams’s objection at trial.

Sams appeals the trial court’s decision to admit the evidence from the truck, arguing that the officers’ inventory search was not sufficiently regulated by standard procedures and thereby ran afoul of the Fourth Amendment to the federal constitution. Sams raises no separate argument under our state constitution. The State responds that the inventory search was properly conducted under the established procedures of the Greencastle Police Department and that the trial court did not abuse its discretion in deciding to admit the fruits of that search.