Dear Members of the Butler Community,

In the wake of the executive order on immigration signed on January 27, I want to reaffirm Butler University’s role as an institution where all people are welcomed and valued—regardless of religion, race, ethnicity, sexual orientation, gender identity, or political beliefs. 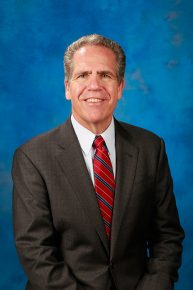 I stated in my post-election message in November that many members of the Butler community were feeling anxiety, fear, anger, and vulnerability. Friday’s executive order has, understandably, only intensified these feelings. Several members of the campus community are directly affected, with family members living in countries from which immigration to the United States is now blocked.

The immigration ban, and the manner in which it has been implemented, is contrary to the principles of Butler University and detrimental to our educational mission. I join the many other leaders and citizens across Indiana, the United States, and the world in condemning this executive order and asking that it be revoked.

As we process the news of yesterday’s attack in Quebec City and we approach Butler’s annual Founder’s Week, let us remember and adhere to our founding principles. Butler University stands in support of all people of Muslim faith on our campus, including our Muslim Student Association (MSA). This group of extraordinary young leaders is integral to the fabric of the Butler community, and their contributions—in the classroom, on campus, and in Indianapolis—exemplify the very best of our University. We stand in support of Butler community members of any religion or no religion, any person who is marginalized or vulnerable, and anyone who is affected by our nation’s rapidly changing policies and discourse. Butler’s Community of Care is alive and well, and we remain committed to a community of inclusivity that is as old as the University itself.

Butler offers free and confidential Counseling and Consultation Services to all students. Students living in the residence halls may also seek the support of their Resident Assistant or Residence Life Coordinator. The Diversity Center is open to all students and will host an information session for international students on Wednesday, February 1, 2017, at 5:30 pm to discuss the executive order and related travel restrictions. The Center for Faith and Vocation (CFV) is open to all students, faculty, and staff looking for space to study, reflect, and find support. The CFV is available for one-on-one conversations of support and there are 13 student-led CFV groups that meet weekly to gather in community, including the MSA.

Thank you for all you do to cultivate a culture in which all members of the Butler community can learn, work, and thrive together in the spirit of compassion, fairness, and respect that has always defined our University.