One in three women and one in four men will experience an abusive relationship in their lifetime.

Butler University students and staff are committed to eliminating this statistic by ending dating violence and sexual assault on campus.

And they’re doing a pretty good job at honoring this commitment. 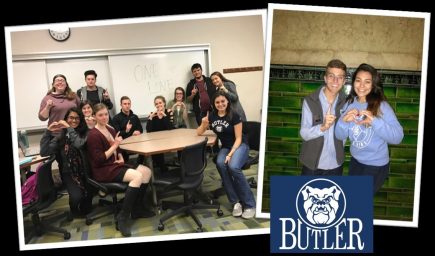 Butler students involved in the Escalation Workshops through the One Love Foundation.

Butler has been recognized as “Top Campus” in the One Love Foundation’s Escalation Workshop Challenge for putting on 11 peer-facilitated workshops about dating violence during the month of October.

The Office of Health Education and Outreach Programs partnered with the One Love Foundation to offer these workshops to students in Greek life and residential life, with plans of expanding to more student groups on campus.

The One Love Foundation was created in honor of a young woman at the University of Virginia, Yeardley Love, who lost her life to domestic violence.

The workshops consist of a video called “Escalation,” which shows the subtle warning signs of an abusive relationship and how it can escalate into a dangerous situation. Following the video, students participate in a discussion led by one of their peers who is trained to guide the conversation. 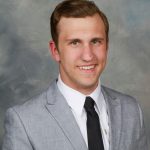 Joe Martinelli ’20 facilitated an Escalation Workshop for his fraternity. He says the workshop spurred a tough conversation that doesn’t happen enough because of how difficult it can be.

“I think what sets the Escalation Workshop apart is that it is peer-led,” Martinelli said. “Members of the group participating in the workshop were more comfortable with the discussion leaders and the more conversational tone of the discussion.”

Martinelli also shows his commitment to the cause by serving on the executive board for the Stand Tall Project.

“I want to be a good peer,” Martinelli said. “I want to learn more about how to challenge rape culture and how to notice signs of relationship abuse, and help others do the same.”

Martinelli believes that Butler has been so successful in its efforts to prevent dating violence and sexual assault because of the small, tight-knit community developed by the student body.

“Beyond simply watching out for each other, we want to educate each other on what exactly consent is, or what the warning signs of a potentially abusive relationship are so we can erase any trace of ignorance over the issue,” he said. “It’s through education and full understanding of the issues that we can hopefully be a generation that changes the culture for the better, and I have faith in my peers to do just that.”

Along with the Stand Tall Project, the Office of Health Education and Outreach Programs oversees PAWS (Peers Advocating Wellness for Students), GEAR (Greek Educators, Advocators, and Resources) and Red Cup Culture, which are all peer-driven organizations and resources with similar missions. 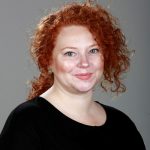 The office is also home to Butler’s Prevention Educator and Victim Resource Specialist, Sara Minor. She deals with all sexual assault prevention strategies on campus and serves as the Victim Advocate for anyone who has experienced sexual assault.

“As a Butler alumna myself, it’s exciting to see the sexual assault prevention and response efforts that have been added and refined since my time as a student,” Minor said. “It’s clear that Butler University aims to be a progressive leader in providing students the knowledge, resources, and skills it takes to develop and maintain healthy dating and sexual relationships. I am so thankful to the One Love Foundation for creating an engaging workshop that gets students comfortable talking about this topic. As Butler’s Victim Advocate, I am beyond proud to be a part of these efforts. Our work has only begun.”