Education professors Susan Adams and Brooke Kandel-Cisco are part of a team that will be recognized with a B.E.S.T. Award from WFYI (Channel 20) for its “exemplary work ethic and performance” and its efforts to develop a curriculum guide for the station’s documentary Attucks: The School That Opened A City. 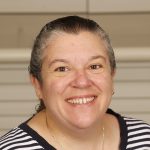 Adams and Kandel-Cisco worked in partnership with educators from Indiana University-Purdue University Indianapolis and Indianapolis Public Schools (IPS) to create the curriculum guide, which exists as an online resource and can be found here. IPS students have been viewing the documentary.

Adams, in collaboration with IPS Social Studies Instructional Coach Eric Heagy, has designed and delivered several workshops for K-12 educators and principals to support the use of the curriculum guide in concert with the documentary. Students at the Butler College of Education partnership school, IPS Shortridge IB High School, have been viewing the documentary in installments. They also hosted documentarian Ted Green at a Friday Connect session on February 17 to learn 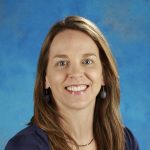 about his process for making documentaries.

The story of Crispus Attucks High School is a difficult part of Indianapolis’ racial segregation history. The documentary showed that even though this school was “designed to fail,” it succeeded by most measures.

“School segregation is a painful, shameful part of Indianapolis history, but we have a lot of confidence in students’ ability to make meaning and to identify connections between past practices and current realities in our schools,” Adams said. “We must teach students approaches to confront this history with courage and with honesty or segregation’s destructive ripples will continue to do damage in our schools and communities.”

The WFYI B.E.S.T. Awards were established in 1995 to recognize individuals who form teams to accomplish tasks and projects in a timely and efficient manner. The award honors the memory of three extraordinary WFYI volunteers: Rowena Bush (the “B” in best), Bill Ehrich (the “E”), and Don Sandstrom (the “S”) for their outstanding service and teamwork (the “T”).

This year’s awards will be presented on April 20 at WFYI.