Butler Newsroom > Butler Home Page > Home Feature News > On to the Sweet 16! Bulldogs Beat Middle Tennessee
Yoga Gives Lab School Students Time to Breathe For These Students, the Sweet 16 Is That Much Sweeter

On to the Sweet 16! Bulldogs Beat Middle Tennessee

Butler advanced to its first Sweet 16 since 2011 with a 74-65 win over Middle Tennessee State Saturday night in Milwaukee. The Bulldogs advance to play Friday in Memphis against North Carolina, which defeated Arkansas, 72-65.

The Bulldogs are now 25-8 on the season. Middle Tennessee State, the 12th seed in the South Region, finishes the season at 31-5. 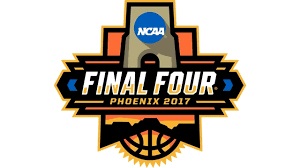 The biggest shot of the night belonged to senior Andrew Chrabascz. Butler had built a 12-point lead with 7:18 remaining in the game. MTSU then scored the next nine points to pull within three at 59-56 with 3:40 to play. On the ensuing play, coach Chris Holtmann called Chrabascz’s number, getting him involved in a two-man game that resulted in a wide-open look from the left wing. The senior knocked it down to push the lead back to six.

“Really proud of our guys. We beat a really good team in Middle Tennessee,” said Holtmann. “We’ve got so much respect for how Kermit (Davis)’s team plays and how they compete. And we saw it in film for the last, you know, 36 hours and impressed. I loved our guys. I loved the fight they showed possession after possession. And players win games. We’ve got really good players and they had a heck of an effort.”

Middle Tennessee State would not get any closer than five the rest of the way after Chrabascz’s three-pointer as Butler went 10 of 12 from the free throw line down the stretch.

The Bulldogs shot 51 percent in the contest, jumping out to an early lead by hitting six of their first seven attempts from behind the arc. That catapulted the Bulldogs to a 35-22 lead with 4:28 to play in the first half. MTSU responded with six straight points and eventually pulled within 36-31 at the half.

Butler steadily built the lead in the second half, capped by a Kelan Martin three that game Butler the 59-47 lead with 7:18 remaining.

Martin led the Bulldogs with 19 points on 6-of-9 shooting. He and Kethan Savage each pulled down six rebounds. Chrabascz added 15 points with 13 of those coming in the second half. Freshman Kamar Baldwin had 13 points. He, Martin and Tyler Lewis each had four assists as the Bulldogs helped on 16 of their 24 made field goals.

MTSU shot 44 percent, but only 4-of-19 from distance. JaCorey Williams led the Blue Raiders with 20 points and nine rebounds. Antwain Johnson added 19.

Butler never trailed in the game. Butler out-scored MTSU, 14-0, on points off turnovers.