Junior Caitlyn Foye, a Biology major from Newburgh, Indiana, has been named a 2017-2018 Goldwater Scholar, the most prestigious undergraduate award given in the sciences. 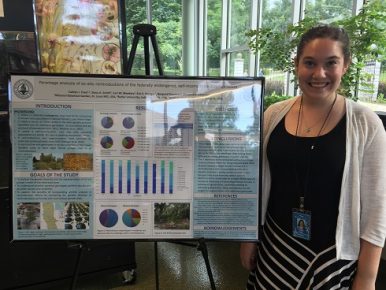 Foye’s field of study is Life Sciences. Her career goal is to earn a doctorate in Conservation Biology and conduct research to repopulate threatened and endangered species of plants and animals while publicly promoting environmental conservation.

The scholarship is awarded to college sophomores and juniors nationwide. This year, 1286 students from 470 institutions were nominated for a Goldwater scholarship. Foye was one of 240 recipients.

A maximum of $7500 per academic year is granted. The scholarship is awarded based on merit, and the actual amount given is based on financial need.