Williams Honored for His Contributions to Indianapolis

Charles Williams, a professor and career mentor in Butler’s Lacy School of Business for 22 years, will be honored for his lifetime contributions to the city of Indianapolis on Hoosier Heritage Night, Wednesday, June 7, at the Ritz-Charles in Carmel. 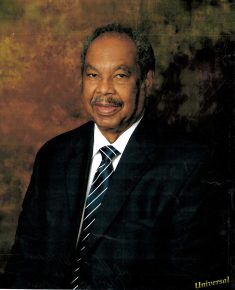 Williams spent his 24-year career as an engineer for Indiana Bell, which became Ameritech.

“As a career mentor, Charles has positively impacted hundreds of lives by providing career and professionalism guidance to students through the Lacy School of Business Butler Blueprint four-year career development program, helping them discover their paths and launch into successful careers,” said Kim Goad, Director of Professional and Career Development in the Lacy School of Business.

Williams is a founding member of 100 Black Men of Indianapolis Inc. and serves on the Board of Directors of the Martin Luther King Multi-Service Center and the Morning Light Abbie Hunt Bryce Home. He is a former board chair of the Indianapolis Urban League and Visiting Nurses Corp.

He received community service awards from two Indianapolis mayors, Bill Hudnut and Greg Ballard, served on the Heritage Place Board representing Butler, and was appointed by former Butler President Bobby Fong to serve on the University’s NCAA committee.

Williams is one of six Hoosiers to be honored at the event. The others are Carl Erskine, Ann Noblese, Deborah Hearn Smith, John Myrland, and Darrell “Gene” Zink.