“The diversity of this year’s season underscores the range that we’re able to offer at the Butler Arts Center,” said Ty Sutton, executive director of the Butler Arts Center. “From intimate theatre to cirque productions, holiday programming to pop concerts, dance to vocal performance, Clowes Memorial Hall and the Schrott Center for the Arts provide unique opportunities to experience and engage with the performing arts right in the heart of Indianapolis.”

Single tickets go on sale June 16 and can be purchased in person at the Clowes Memorial Hall Box Office, online at butlerartscenter.org, or through TicketMaster at ticketmaster.com or 800-982-2787.

The Butler Arts Center gratefully acknowledges the generous support of the Indiana Arts Commission (a State Agency), Arts Midwest, the National Endowment for the Arts (a Federal Agency), and Elements Financial.

Here is the full schedule: 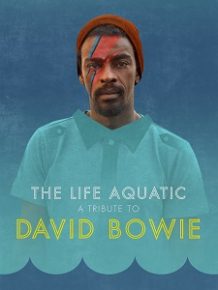 Brazilian musician Seu Jorge performs a special tribute to David Bowie while recreating the set to the film “A Life Aquatic.”

In commemoration of David Bowie’s recent passing, Seu Jorge performs a special tribute to him while recreating the set to the film A Life Aquatic on stage alongside screens crafted as boat sails that will be displaying images from the film. Seu Jorge, one of Brazil’s most talented contemporary singers, rose to international fame in the Wes Anderson film A Life Aquatic. In his acclaimed role as Pelé dos Santos, a singing sailor, Seu Jorge performed several of David Bowie’s songs in the film. But in a twist, he did it in Portuguese, accompanying himself simply on acoustic guitar. Seu Jorge’s adaptations in Portuguese of David Bowie’s music underscore the breadth and depth of his compositions and have gone on to have a significant cultural impact. “Had Seu Jorge not recorded my songs in Portuguese, I would never have heard this new level of beauty which he has imbued them with.” — David Bowie 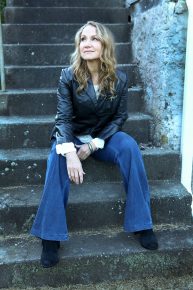 Both a commanding, passionate performer and a frank, emotionally evocative songwriter, Joan Osborne has rightfully earned her reputation as one of the greatest voices of her generation.

Joan Osborne has rightfully earned a reputation as one of the great voices of her generation — both a commanding, passionate performer and a frank, emotionally evocative songwriter. A multi-platinum selling recording artist and seven-time Grammy nominee, the soulful vocalist is a highly sought-after collaborator and guest performer who has performed alongside many notable artists, including Stevie Wonder, Bob Dylan, Luciano Pavarotti, Emmylou Harris, Taj Mahal, and Mavis Staples, to name a few.

Join Flip FabriQue, for their stunning gravity defying show Catch Me! This young troupe, founded by a group of friends who are professional circus artists, is a cirque celebration of gravity defying fun and friendship! Their shared dream is to create circus shows that reflect their unique image, draw from their personal experiences and unleash each member’s full potential.

Bring the whole family to see these six acrobats and witness their unique performance. Leave your troubles behind and settle in for an astonishing, lively show that will leave you smiling from ear to ear. Spectacular acrobatics, a one of a kind trampowall and humor are all part of the spellbinding fun this one of a kind performance has in store for you.

Direct from its success in London’s West End, a SOLD OUT UK tour and standing ovations at every performance, The Simon & Garfunkel Story is back! Using huge projection photos and original film footage, this 50th Anniversary Celebration also features a full live band performing all the hits including ‘Mrs Robinson’, ‘Cecilia’, ‘Bridge Over Troubled Water’, ‘Homeward Bound’, and many more. Get your tickets fast as this is an evening not to be missed!

Giordano Dance Chicago is America’s original jazz dance company, captivating audiences worldwide with dynamic performances and the diversity and wide appeal of its repertoire. Their mission to create and present new and innovative jazz dance choreography, often redefining and expanding the very definition of jazz dance, and to bring this invaluable American art form to audiences and students of all ages and from all ethnic backgrounds. They strive to enrich lives through dance. Known for its high-energy, high-impact artistry, Giordano Dance Company continually receives critical and audience acclaim worldwide. 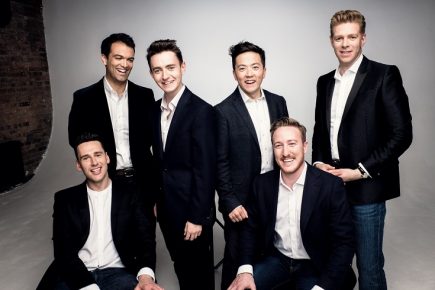 With worldwide acclaim, The King’s Singers are celebrating 50 years of brilliant performance and irresistible charm.

Acclaimed worldwide, The King’s Singers have been synonymous with the best in vocal ensemble performance for 50 years. The British born performers are full of life-affirming virtuosity and irresistible charm, and appeal to a vast international audience.

The King’s Singers were officially born on May 1st 1968, formed by six recently-graduated choral scholars from King’s College, Cambridge. Their vocal line-up was (by chance) two countertenors, a tenor, two baritones and a bass, and the group has never wavered from this formation since. The group has consistently been welcomed on the world’s great stages throughout its history – from London’s Royal Albert Hall to the Opera House in Sydney or New York’s Carnegie Hall – as well as being ambassadors for musical excellence at numerous significant global events. The group is determined to spread the joy of ensemble singing, and leads workshops and residential courses all over the world each season. The world may have changed a lot in the fifty years since the original King’s Singers came together, but today’s group is still charged by the same lifeblood – one that wants to radiate the joy singing brings every day, and to give life to audiences with their virtuosity and vision for an exciting musical future.

The classic animated television special comes to life on stage! This faithful adaptation features all your favorite characters and classic Vince Guaraldi score.

The Emmy- and Peabody-winning story by Charles M. Schulz has warmed the hearts of millions of fans since it first aired on television over fifty years ago. Now the classic animated television special comes to life in this faithful stage adaptation featuring all of your favorite characters and classic Vince Guaraldi score. Join Charlie Brown, Snoopy, Lucy, Linus and the rest of the Peanuts gang as they mount a play, save a tree and uncover the true meaning of Christmas.

Undoubtedly one of Australia’s most successful touring entertainment groups of all time, The TEN Tenors charm audiences worldwide with their unmistakable charm, camaraderie and vocal power. Celebrated for their wonderfully vast repertoire, breathtaking arrangements and powerful live performances, The TEN Tenors respectfully tip their hats not only to the great classical tenors and composers, but also contemporary music’s most popular artists. From Buckley to Bocelli, an evening with The TEN Tenors is guaranteed to surprise and delight in equal measure. 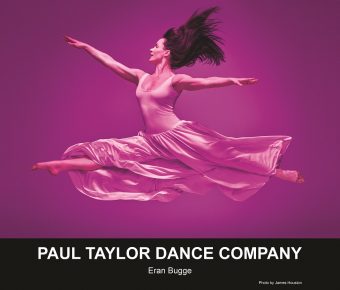 The iconic Paul Taylor Dance Company takes the stage at Clowes Memorial Hall for an unforgettable night of dance.

Established in 1954, the Paul Taylor Dance Company is one of the world’s most highly respected and sought-after dance ensembles in the world. Dance maker Paul Taylor first presented his choreography with five other dancers in Manhattan in 1954. That modest performance marked the beginning of 60 years of unrivaled creativity, making Taylor a cultural icon and hailed as a part of the pantheon that created American modern dance.

“PostSecret: The Show” is an immersive, poignant journey through the humor and humanity of the personal stories we keep to ourselves, and on rare occasions, share with others.

PostSecret: The Show is an immersive, poignant journey through the humor and humanity of the personal stories we keep to ourselves, and on rare occasions, share with others. Projected images, videos, three actors and a guitarist guide the audience through crowd-sourced narratives revealing the true stories behind the secrets. See the hopeful, shocking, painful and sexual secrets that brought hundreds of millions to the PostSecret blog, became six best-selling books and are currently in a Smithsonian art exhibition. Frank Warren, Internet phenomenon and recipient of the Mental Health Advocacy Lifetime Achievement Award, collaborated with an award-winning team of theatre professionals to bring PostSecret to life, theatrically, for the first time. With the bravery of Rent and the surprising honesty of The Vagina Monologues, This performance is a breakthrough in audience sourced storytelling that reaches beyond the confines of the stage, reminding audiences that secrets can be both walls and bridges.

Six-time Grammy Award winners The Chieftains are recognized for reinventing traditional Irish music on a contemporary and International scale.

Six-time Grammy Award winners The Chieftains have been highly recognized for reinventing traditional Irish music on a contemporary and International scale. Their ability to transcend musical boundaries to blend tradition with modern music has notably hailed them as one of the most renowned and revered musical groups to this day. The Chieftains are never afraid to shock purists and push genre boundaries and the trappings of fame have not altered The Chieftains’ love of, and loyalty to, their roots however- they are as comfortable playing spontaneous Irish sessions as they are headlining a concert at Carnegie Hall. After fifty years of making some of the most beautiful music in the world, The Chieftains’ music remains as fresh and relevant as when they first began.

With more than 20 years as a stand-up comedian, Tom Papa is one of the top comedic voices in the country finding success in film, television, and radio as well as on the live stage.

With more than 20 years as a stand-up comedian, Tom Papa is one of the top comedic voices in the country finding success in film, television, and radio as well as on the live stage. Tom premiered his third hour-long stand-up special, Human Mule, on Epix in December (2016). Tom already has two critically acclaimed specials that were directed by Rob Zombie. His special Tom Papa: Freaked Out (2013) is streaming on Amazon and Hulu and is available as a download. Tom Papa Live in New York City (2011) is streaming on Netflix and is available as a download.

The Japanese taiko drum is a complete form of expression and TAO has developed their own unique style from composition to performance. Breaking past the traditional notions of taiko, TAO continues to create and entirely new art form that is modern yet retains sense of nostalgia. Enthralling and mesmerizing the world, the Japanese drum’s intense and powerful beat underpins a musical message that penetrates deep into the hearts of audiences.

The Reduced Shakespeare Company is a three-man comedy troupe that takes long, serious subjects and reduces them to short, sharp comedies. The “Bad Boys of Abridgment” have created nine stage shows, two television specials, several failed TV pilots, and numerous radio pieces – all of which have been performed, seen, and heard the world over.

Discovered in a treasure-filled parking lot in Leicester, England (next to a pile of bones that didn’t look that important), an ancient manuscript proves to be the long-lost first play written by none other than seventeen-year-old William Shakespeare from Stratford. We are totally not completely making this up. William Shakespeare’s Long Lost First Play (abridged) is the literary holy grail: an actual manuscript in Shakespeare’s own hand showing all his most famous characters and familiar speeches in a brand-new story. But because it’s one hundred hours long and contains multiple unwieldy storylines, the RSC decides, as a public service, to abridge it down to a brief and palatable ninety minutes and perform the world premiere of this lost masterpiece.

Additional 2017-2018 programming can be found at ButlerArtsCenter.org