Butler In the News – August

Butler and its people were all over the news last month.

Top stories: The IPS/Butler Lab School has been such a hit with students and parents that the Indianapolis Public Schools asked Butler to create a second Lab School for 2018. The new school will take over the Eliza A. Blaker School on 54th Street. Chalkbeat explained the Lab School, “a place where Butler education students gain on-the-ground experience through classes and as teaching assistants.” The Indianapolis Star also reported on the new Lab School.

More good news for the Lab School: Inside Indiana Business reported that a $150,000 grant from the PNC Foundation will support an early childhood education initiative there.

Experts: Associate Professor of International Studies Fait Muedini talked USA-North Korea on WIBC-FM (93.1)’s Hammer and Nigel Show. Religion Professor James McGrath weighed in on looted antiquities and the Bible Museum with Religion News Service. And Associate Professor of Education Brandie Oliver brought “Teaching the Teen Brain,” a program she created to help educators better understand how to get through to teenagers and why teens behave as teens, to Boone County.

Alumni: A couple of 91-year-old alumni got their due. Indianapolis resident Georgia Buchanan ’48 released her third book, How to Live Beyond 90 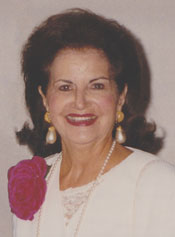 Without Falling Down, which mixes serious advice with humor to create a book of life lessons she has learned—and continues to practice. She was interviewed on WFYI-FM (90.1)’s The Art of the Matter. Then there’s her classmate Helen Miller ’48, who was profiled in the Stillwater (Oklahoma) News Press.

Elsewhere, ballet took center stage, with the Voice-Tribune interviewing Louisville Ballet’s Kateryna Sellers ’05 and the Cincinnati Enquirer introducing readers to Cincinnati Ballet’s Christian Griggs-Drane ’14 and Matthew Griffin ’17. In Connecticut, the Norwalk Reflector newspaper reported that Cynthia Kniffin ’70 is retiring after 43 years as a dance instructor. Her daughter will take over the Cynthia Kniffin Dance Academy.

And Cory McPherrin ’77 has been named evening news anchor at Chicago’s WFLD (Channel 32).

The arts: Both the Indianapolis Star and Nuvo reported on the second annual Divedapper Poetry Carnival, held at the Efroymson Center for Creative Writing on campus. And Theatre Director Michael Burke ’09 won the prestigious Princess Grace Award.

Sports: Coach Jeff Voris and the Butler football team made a wonderful gesture by signing an 8-year-old Indianapolis boy with a rare kidney disease, the Indianapolis Star and The Collegian report. 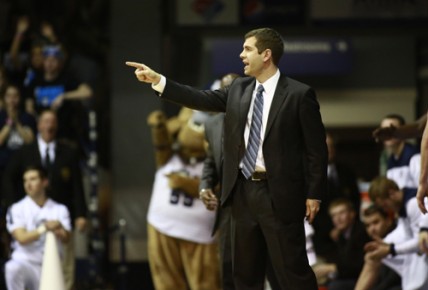 Brad Stevens coaching against Gonzaga in 2013.

from basketball due to back problems.