At the heart of Christian faith is the resurrection—the idea that “Jesus is risen.” But what does that mean? Did Jesus literally walk out of the tomb? Did he transform into a new body? Or is the resurrection symbolic or metaphorical?

Those are some of the questions Center for Faith and Vocation Scholar in Residence and Instructor of Religion Brent Hege examines in his new book, Myth, History, and the Resurrection in German Protestant Theology. 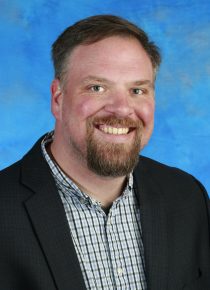 Hege writes that beginning in the 18th century and for about 300 years, theologians—starting in Germany, then spreading across Europe and the United States—have debated the true meaning of the resurrection.

“That’s what this book is,” he said. “It’s a journey through what that discussion was like.”

In the book, Hege doesn’t adjudicate the different theologies. Instead, he lays them out for the reader and points out that “good questions never die; only the responses change.”

The idea for the book grew out of Hege’s master’s thesis, which he wrote in 2001 while a student at the Lutheran Theological Seminary in Gettysburg, Pennsylvania, about theologian Rudolf Bultmann. At the time Hege finished writing, Bultmann’s views had become out of date and unfashionable. So Hege moved on to other topics. 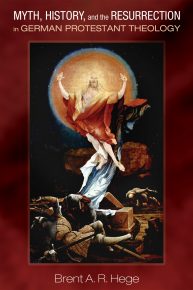 Then two years ago, a Princeton Theological Seminary scholar published a nearly 1,000-page study of Bultmann’s work, The Mission of Demythologizing. Hege, who’s in his 10th year teaching at Butler, decided the time was right to revisit and revise his master’s research. The result is this new book.

To some degree, the book is written for scholars, Hege said. But he’s heard from people who aren’t scholars who found it helpful.

“Especially people who aren’t sure about that question,” he said. “Anybody who is familiar with the broad contours of Christian thinking and has a little sense of the history of intellectual ideas from the last 300 years will be able to follow it easily.”